Sufjan Stevens has announced his long-awaited follow-up to Carrie & Lowell. His new album, comprised of 15 new songs and accompanied by a 16-page booklet of his drawings, is called The Ascension, and it’s set for release on September 25 via Asthmatic Kitty Records. Check out the cover art and tracklist below.

The first preview of the album, the 12-minute ‘America’, will be unveiled on Friday (July 3). Though his first full solo album in five years, the singer-songwriter released a collaborative record with his stepfather, Lowell Brams, back in March called Aporia. 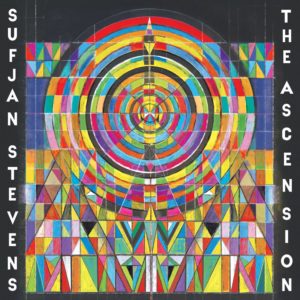