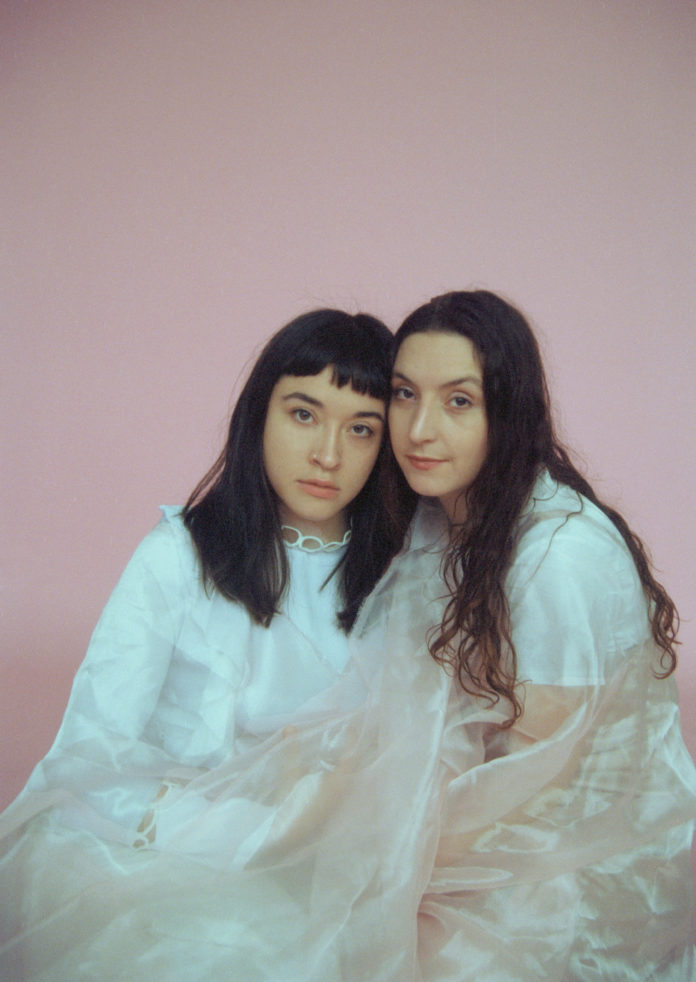 Ohmme, the Chicago-based duo comprised of Macie Stewart and Sima Cunningham, have made a name for themselves for making experimental rock music that challenges the boundaries even that term entails. In addition to being active in Chicago’s improvized jazz scene, they’ve collaborated with Wilco’s Jeff Tweedy, performed with Vic Mensa in high school, and even contributed vocals on Chance the Rapper’s Coloring Book. The band’s second LP, Fantasize Your Ghost, serves as a microcosm of their diverse musical palette, while also offering their most immediate collection of songs yet. From start to finish, Stewart and Cunningham showcase their unique dynamism as a duo: opener ‘Fantasize Your Ghosts’ summons the magnetic energy of a live show while boasting one of the album’s most captivating psych-rock hooks, while the propulsive ‘Selling Candy’ cascades into a chaotic whirlwind of guitars that sends the track soaring. The steady rhythm and angular guitar work on ‘Ghost’ are straight off the Sleater-Kinney playbook, while tracks like ‘Spell it Out’ and ‘Twitch’ introduce string arrangements to evoke a more composed but equally entrancing atmosphere. Each of the album’s three final tracks – the contemplative ‘Some Kind of Calm’, the noisy ‘Surgeon Moon’, and the pop-inspired ‘After All’ – might make you question whether you’re still listening to the same album, but it feels so natural and intuitive that it’s impossible not to let yourself get lost in the journey.

We caught up with Ohmme’s Macie Stewart for this edition of our Artist Spotlight series, where we showcase up-and-coming artists and give them a chance to talk a bit about their music.

How did you form Ohmme?

Ohmme began as an idea for a singular project. Sima and I had been orbiting around each other for a while, and felt excited about combining our songwriting and desire for experimentation with the electric guitar. We had been singing backup vocals with each other for a few years and felt like there was already a connection between the two of us, so the next logical step was to create something with just the two of us.

What have you learned from playing with each other?

Collaboration is a beautiful thing. We’ve learned a lot – we come from similar backgrounds, but our methods were vastly different and often challenge each other in new and exciting ways. I’ve learned a lot about fearlessness from playing with Sima, and learn so much about songwriting from her every day we play together. It’s so creatively stimulating to see how we grow towards and away from each other simultaneously while we move forward as a band.

You’ve both been active in Chicago’s improvised jazz scene – how has that influenced your music?

The improvised jazz scene in Chicago has a long and beautiful history, notably to groups like the AACM which have drawn so many people to the city over the years. There are some amazing venues here like Constelllation and The Hungry Brain and ESS which allow this music to thrive – and are what brought us to the realization that this music exists and is such an incredible art form. I don’t think I can say enough to how the scene has influenced our music; it has empowered us to create and compose in ways that feel intuitive to ourselves and not to anyone else but ourselves. Some of the people in this scene have been our biggest champions, and to them we are forever grateful for supporting us early on and still today.

How has your approach to songwriting changed since your debut album, Parts?

Fantasize Your Ghost feels more direct than Parts. It came at a time where we were in constant motion, and the only consistent thing in life was each other and our own brains. Life often felt like a movie or out of body experience- watching ourselves move and not knowing exactly where we were going, but knowing that we would end up somewhere. I think letting ourselves give in to this sort of powerlessness and aimlessness actually ended up giving us a lot of power to make choices and decisions that we would not have otherwise made.

What are some of the ideas that went into the making of Fantasize Your Ghost?

Lyrically, a main theme of this record is the idea of change. Not only accepting it, but actively making it happen when you need it and encouraging yourself to follow that path. As far as recording goes – we were fascinated by the idea of space and how that plays into a recording. We decided to record the record in a barn to capture the sounds around us: bugs, birds, faint wind, because all of that contributes to how the listener takes it all in. To me a record feels like a marker in time – it captures the place you were in emotionally and physically. Going into recording and knowing that whatever happens at the end of 3 weeks is “the thing” is both terrifying and exhilarating, but absolutely necessary as our parameter for creativity. There’s always wiggle room around it, but the sentiment rings true.

Is there anything you’re looking forward to in the next few months?

Camping, and spending lots of time outside. Biking. Reading.