How to Watch Theatre at Home 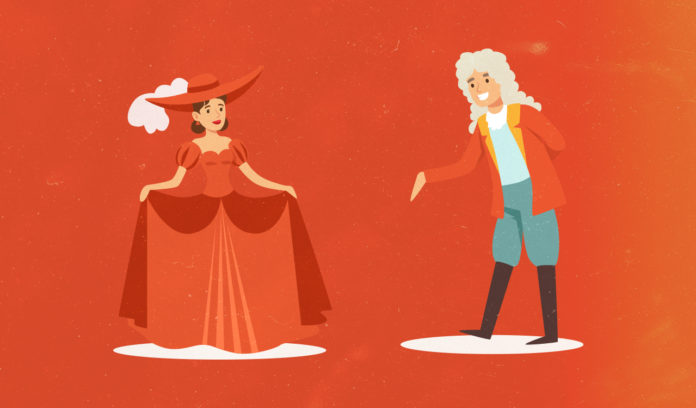 The current crisis has had a devastating impact on performing arts across the world. However, though theatres remain closed, devoid of performers, audiences, glitz and glamour, that shouldn’t stop us from enjoying the best of theatre, dance and opera. And now, more than ever, it feels important to support the arts in any way possible – if only, to remind all the currently lockdown-bound artists, musicians, dancers and technical crews how much we miss their presence. While these online streaming shows can never accurately capture the true experience of theatre, they do have some advantages – you’re always guaranteed the best seat in the house and it’s often free!

From live-streams of new plays to classics from the archives, this list will (almost certainly) ensure the show goes on…

Lin-Manuel Miranda’s exceptional, Pulitzer prize-winning and Tony Awards record-setting musical was captured over three nights by six cameras in New York back in 2016. Featuring the original cast (including Miranda in the titular role), this live recording depicts all 160 minutes of the breath-taking Broadway sensation. Originally scheduled for a 2021 cinema release, in light of the impact of the pandemic on the film industry and the performing arts, the film has been fast-tracked on to the Disney+ streaming service, which Miranda said: “felt like the right move after receiving messages every day from folks who had tickets to Hamilton and can’t go because of the pandemic.”

Director Thomas Kail, who also staged the musical captures the spectacle of the show, whilst also offering the one thing that audience’s don’t get at the theatre: an intimacy that allows the spectator to really see the performer’s emotions, sweat and, in the case of Jonathan Groff’s frothing King George III, spit.

Whilst nothing can replicate the magic of being in Richard Rodgers Theatre Where It Happens, as Miranda says this film really does give “everyone the best seat in the house” for one of the most sought-after shows ever.

Hamilton is available to stream on Disney+ from 3 July.

National Theatre at Home: The Deep Blue Sea and Amadeus

Thanks to their extremely successful NT Live programme, The National Theatre was in a fortunate position of having a plethora of recorded shows ready to go as soon as lockdown commenced. Established in 2009, the project involved bringing the best of British theatre to cinema screens and arts institutions in the UK and globally. And now, as a unique concession during quarantine, a number of productions have been made available by The National Theatre to stream for free on YouTube for a week.

The next instalment – The Deep Blue Sea – brings Terence Rattigan’s turbulent portrait of post-war Britain to life. Staged by Carrie Cracknell, this play takes place over one day and tells the tale of Hester Collyer (played by Helen McCrory) who, after a failed suicide attempt, falls into an impassioned affair with a former RAF pilot and consequently faces the breakdown of her marriage to a high court judge. The Deep Blue Sea is available on YouTube from 9-16th July. It’s followed by Peter Shaffer’s Amadeus, which after a sell-out run in 2016-17, returned to the Olivier Theatre in 2018 and relates how court composer Antonio Salieri (Lucian Msamati), overcome by irrational jealousy, must decide whether to promote Wolfgang Amadeus Mozart’s talent or destroy it. Directed by Michael Longhurst and accompanied by the Southbank Sinfonia, this play will be available on YouTube from 16th-23rd July.

Shows will be streamed on the National Theatre’s YouTube channel at 7pm every Thursday.

Tragically one of the many productions curtailed by the pandemic was Matthew Bourne’s tour of The Red Shoes. His highly commended version of the Powell and Pressburger film was unable to complete its UK tour and subsequently didn’t receive the send-off it rightfully deserved. Although a screening of the production has (thankfully) been rescheduled for September 2020, in the meantime Bourne’s company New Adventures still wanted the ensemble to be able “to say one final farewell, with a flourish”. Subsequently, the company has released a special 12-minute film version online that had been created by the cast of the show during lockdown.

In this charming short, the cast film themselves amongst children’s toys, in living rooms, in gardens and kitchens. Devoid of Lez Brotherston’s exceptional costume design, the company are garbed in football kits, everyday clothes, and wonderful handmade costumes. Whilst the stage, the costuming and overall spectacle isn’t quite the same, the dancer’s unbelievable talent continues to shine, perfectly capturing the skill and enchantment of the original production, despite the lockdown restrictions.

Bourne said that although the film “came out of a sad loss”, it was important to the company “that we celebrated and created a lasting piece that would exist in its own right, out of lockdown”. He added: “We really wanted to capture all of the passion, talent, humour and personalities that make New Adventures so unique.”

The lockdown performance is available to stream below or on the New Adventures YouTube channel.

In January 2019 it was announced that the original production of Les Misérables would close in July 2019 due to refurbishments on the Sondheim Theatre and move to the adjacent Gielgud Theatre. However, to everyone’s surprise, it was then revealed that the production would take the form of an all-star staged concert that would run for 16 weeks. Starring an array of musical theatre legends (Alfie Boe, Michael Ball, Matt Lucas and Carrie Hope Fletcher to name a few), the staged concert had an incredible run, receiving ecstatic responses from critics and audiences alike. Now a recording of the production is available to download and stream online.

Directed for the screen by Nick Morris, the recording captures the thrills and power of the barricade, whilst also reflecting the more poignant, intimate moments such as Shane Ako’s rendition of ‘On My Own’.

For every digital download purchased (£9.99) The Mackintosh Foundation have announced that they will separately donate £5.00 to be shared amongst the charities: Acting for Others, the Musicians’ Union Coronavirus Hardship Fund and Captain Tom Moore’s Walk for the NHS fund. Producer Cameron Mackintosh said: ‘we hope that fans and everyone who loves the theatre will be reminded of how special a theatrical experience can be, going to the very heart of our British culture’.

Following a tour seen by over 250,000 people in over 75 theatres across the UK and Ireland, it has been announced that there will be a fully cast, abridged virtual production of Rachel Wagstaff’s highly acclaimed adaptation of Sebastian Faulks’ best-selling novel Birdsong. Produced during lockdown and told using video technology, live performance, sound design and music, this production is certainly an ambitious portrayal of one of the most profound love stories in modern literature. Whilst the cast will be dressed in full costume, the scenes will be digitally designed and accompanied by narration from Faulks, who will also provide a special reading of his novel during the interval.

Discussing the virtual production, Faulks said: “This is a great initiative from The Original Theatre Company and technically very ambitious. The adaptation of the novel to play continues to evolve and I’m confident it has reached its best incarnation yet. Some of the best actors in its long life have signed up. Should be enormous fun.”

Set in pre-war France, Birdsong tells a captivating story of a young Englishman, Stephen Wraysford (Tom Kay), who becomes consumed by a tempestuous affair with Isabelle Azaire (Madeline Knight). As the war commences, Stephen must lead his men through the carnage of the Battle of the Somme and face the perils of the war, whilst clinging onto the memory of Isabelle and the idylls of his former life. The virtual production is in association with The Royal British Legion, who have for the past 100 years, aided all those who have served or are serving, in the British Armed forces and their families.

Rachel Wagstaff said, “I am thrilled to see our show taking life in this new online format. I have really enjoyed re-working it with Sebastian Faulks’s ongoing support and participation and in these challenging times, the story seems to mean more than ever.”

The show will be released online here at 7pm on 16th July and will then be available for a further 72 hours.

Lord Chamberlain’s Men: The Tempest and A Midsummers Night’s Dream

Celebrated for their open-air Shakespeare productions that tour across the UK, the all-male theatre company has unfortunately postponed its production of Macbeth until next year. However, they have instead shared two past productions online: The Tempest (staged in 2018), and A Midsummers Night’s Dream, presented last year to celebrate the company’s 15th birthday and an incredible 425 years since The Lord Chamberlain’s Men were originally created.

They encourage audiences at home to replicate the spirit of the productions – “We invite you to watch our shows in style, whether it is on a picnic blanket in your living room or under the stars wrapped up warm” and encourage spectators to share your experiences on social media using the hashtag #TLCMWatchParty.

Whilst the productions are free to watch online, they ask that if you can donate when watching the production that will ensure they are able to sustain the company through this year and guarantee they are available to deliver their rescheduled production of Macbeth in 2021. In order for them to do so, they have set up a gofundme campaign.

Artistic Director Peter Stickney said: “We know that, however good the online experience might be, it will never replicate gathering together to collectively share the experience of a live production. But we hope that in the meantime our online offerings help to lighten things a little during these times”

Both Productions of The Tempest and A Midsummer Night’s Dream are free to stream here.

On March 21, beloved British actor Patrick Stewart shared a reading of William Shakespeare’s “Sonnet 116” on Instagram. The 14-line verse, one of 154 composed by the English poet and playwright, offers a profound contemplation on matters of the heart, stating “Love is not love / Which alters when it alteration finds, / Or bends with the remover to remove.”

Fans practising social distancing welcomed the recital by the classically trained actor with great enthusiasm, receiving 457,000 views and 3,800 comments within 48 hours. Stewart—recognised for performing with the Royal Shakespeare Company during the 1960s and ‘70s, acting in various Shakespeare classics including A Midsummer Night’s Dream, The Tempest, Macbeth and Hamlet or better known to younger audiences as Captain Jean Luc-Picard in the Star Trek franchise and X-Men’s Professor Charles Xavier—decided to embark on a new creative project in response to this rousing reception. Beginning with ‘Sonnet 1’ on March 22, the actor is now performing daily live readings of Shakespeare’s sonnets.

Announcing the undertaking, he said: “When I was a child in the 1940s, my mother would cut up slices of fruit for me (there wasn’t much) and as she put it in front of me she would say, “An apple a day keeps the doctor away.” How about, “A sonnet a day keeps the doctor away? So… here we go: Sonnet 1.” Shakespeare wrote 154 sonnets, so that gives us an abundance of material to cover isolation.