Album Review: The Streets, ‘None of Us Are Getting Out of This Life Alive’ 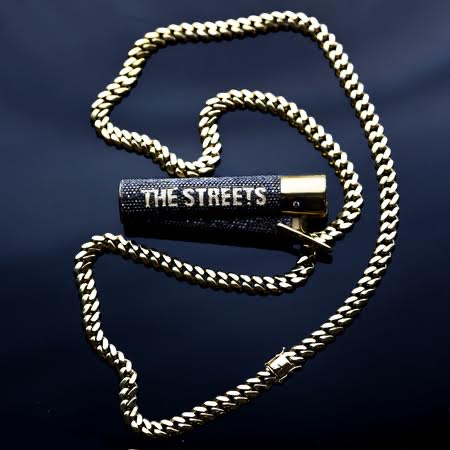 It’s nine-years since The Streets released Computers and Blues, their fifth album, dubbed then as the Mike Skinner project’s swansong. The Inbetweeners Movie, the birth of MTV’s Geordie Shore, a royal wedding, and the stratospheric rise of Adele meant 2011’s cultural zeitgeist was defined by lads, Brits and musical icons. But, since Mike Skinner – the beer-loving, Lacoste-wearing geezer, that doubled up as one of UK rap’s most seminal voices – bowed out, the world has changed. Both for Skinner, now a 41-year old father of two, and a society in which he used to spout lyrics like: “See, I reckon you’re about an eight or a nine / Maybe even nine and a half in four beers’ time.”

As Skinner puts it, in the noughties The Streets “ran out of things to say”. The everyman tales of Original Pirate Material morphed into parables that included: the politics of pulling celebrities. Fast forward to 2020, and None Of Us Are Getting Out of This Life Alive sees The Streets attempt a collaboration project – like modern-day pop’s, pervading-poster boy Ed Sheeran’s 2019 release. However, where Sheeran’s phonebook emerged as a chart-raiding weapon, Skinner’s dials him through to figures from the present, past, and the abyss.

Skinner’s lairiness, both in his syntaxes and their sentiments, have always been quintessential. At times due to the allegories contained within them, or the rejoinders they hurled at everyday life. Hip-Hop riser Ms Banks joins in on ‘You Can’t Afford Me’, matching Skinner’s flair with lines like “I’m from M&S babes/ you got a better chance at Lidl’s”. The nod to the UK’s current soundscape continues on ‘I Know Something You Did’, as he pulls in South London rapper Jesse James Solomon, and the satin vocals of Eliza.

One element that is omitted are the string-led rap-ballads (see ‘Dry Your Eyes’, or ‘It’s Too Late’) that prevailed in earlier releases. The closest here is ‘Falling Down’ which centres on piano chords that are slightly saccharine but nevertheless a comfortable bedrock for Skinner and Hak Baker’s uplifting instructions on perseverance.

However, Skinner’s at his best in album highlight, the technicoloured, UK funky cut ‘I Wish You Loved You As Much As You Love Him’. He navigates the commotion with the same dexterity as on ‘Has It Come To This’, this time with seasoned veteran Donae’o and the effortless, neo-soul vocals of Greentea Peng.

None Of Us Are Getting Out Of This Life Alive is markedly incoherent, in its genre, subject matter and personnel. Yes, hopping from IDLES to Donae’o may jar. But it’s this chaos that has always been the essence of Mike Skinner and The Streets. In 2002, Pitchfork said about their debut: “There’s just one problem: simply put, British accents just don’t sound particularly right in the context of syncopated rap-speech.” We clearly are much more accustomed to Mike Skinner’s bars 18 years on, but it’s the remaining grayscale that shines the brightest. If The Streets ever fully made sense, that really would be jarring.

Album Review: The Streets, 'None of Us Are Getting Out of This Life Alive'It’s nine-years since The Streets released Computers and Blues, their fifth album, dubbed then as the Mike Skinner project’s swansong. The Inbetweeners Movie, the birth of MTV’s Geordie Shore, a royal wedding, and the stratospheric rise of Adele meant 2011’s cultural zeitgeist was defined...