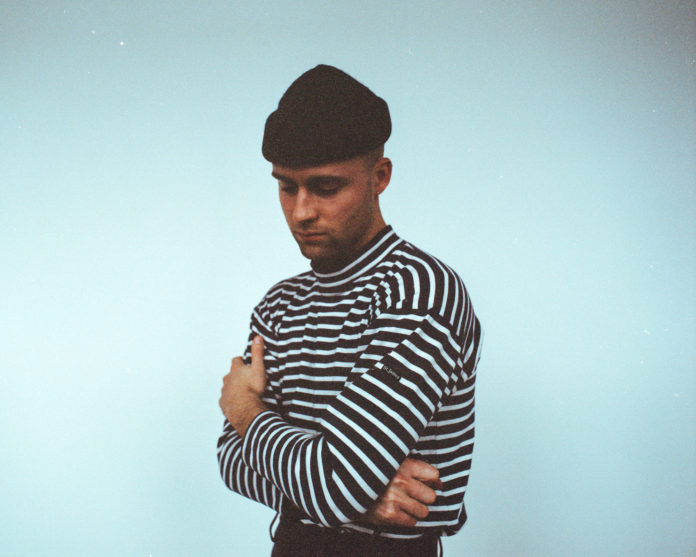 Haux’s debut album opens with the tremble of Woodson Black’s voice, straining to make each word travel from the knot in his throat to the vast expanse of wavy, distant synths. “Shiver in your parents bed/ Whisper words left unsaid,” the Massachusetts songwriter sings in a hushed tone. It evokes the early work of Perfume Genius in its stark vulnerability; as the album unfurls, there are echoes of Sufjan Stevens‘s acutely personal storytelling (Thomas Bartlett, who has worked with Stevens, produced the album), or the Antlers’ deeply evocative folktronica. It’s no surprise he caught the attention of none other than Taylor Swift, whose surprise new album carries with it a similar kind of muted, richly textured indie folk quality. Following two EPs, 2016’s All We’ve Known and 2018’s Something to Remember, Violence in a Quiet Mind is a beautifully devastating record, one that sees Black laying his soul bare as he confronts traumatic childhood experiences and unpacks the lasting impact they’ve left on his mental health. Death, addiction, illness: these subjects lay heavy here, leading to the pained declarations of forgiveness on the harrowing ‘Killer’ or the haunting confessions of ‘Accidents’. There’s hope, too, in the gorgeous harmonies of ‘Eight’, a duet with Rosie Carney that highlights intimacy in its purest form. It’s nothing if not a heart-wrenching album, but as soon as it’s over, a feeling of catharsis seeps through, like seeing the light for the first time after hiding in the shadows for as long as you can remember. One can only imagine where this will take him next.

We caught up with Woodson Black aka Haux for this edition of our Artist Spotlight series, where we showcase up-and-coming artists and give them a chance to talk a bit about their music.

My grandma won a raffle for some guitar lessons when I was eleven. I’d never played an instrument before and didn’t have a guitar so I found this classical in her basement that’s the same guitar I wrote this album on actually. So, yeah, the short answer is my grandma. She’s kind of the answer for everything to be honest.

Who are some artists you look up to?

For this album.. José González, Nick Drake, Without Gravity. I found them all around the same time in my early teens and they made me fall in love with folk music. Crosses by Jose Gonzalez, especially. That was the first song I learned on guitar and will always remind me of the first girl I fell in love with. I actually think I loved the song more than I loved her, whoops.

There are some intensely personal themes on Violence in a Quiet Mind. What was the process of writing it like?

It was so long and drawn out… I wish I hadn’t been so afraid to just write it. I spent so much time thinking about writing it without writing anything. I tell myself that I needed that time to build up the courage to write it but did I really need two years of brooding?

I had all these ideas of what it  should sound like, what it  should be. I wanted to make Pink Moon mixed with Veneer mixed with, I don’t even know, Blood On The Tracks. That’s not really me, though. I write music that I feel in the moment I’m in. It comes naturally and the songs that don’t are very, very bad.

I remember walking into his studio and he had the opening ceremony from the 1984 Summer Olympics in LA on one of his monitors. It was such a good ice breaker. There’s nothing like connecting over a sports event that happened before you were alive.

We spent three days in his studio. I don’t know, he just got it. I showed up there like “I think there’s too much hiss in this vocal EQ” and “I wish this harmonium was more in tune.” He took a step back and helped me see the album from a bird’s eye view and believe in it again.

How was the approach you took different from your previous EPs?

I think this time around I just procrastinated more. It’s a bad habit of mine but usually it means there’s something deeper than the task itself that I’m avoiding. And that was definitely the case for this album.

Besides that, the first two EPs were written, recorded and mixed by me at home. And Violence was recorded and produced in Scotland & New York City. I had so much more help on this album and I think it’s way better for it.

How do you feel now that the record is out?

Very much the same. It’s kind of like on your birthday when someone asks you “Do you feel older?” I never know what to say. Most of the time I say “Yeah, I do” to appease them but I know I’m lying, I don’t actually feel older at all.

I guess, mostly, I’m just excited to be writing new songs that aren’t about those angsty teenage years anymore.

Violence in a Quiet Mind is out now via Color Study.