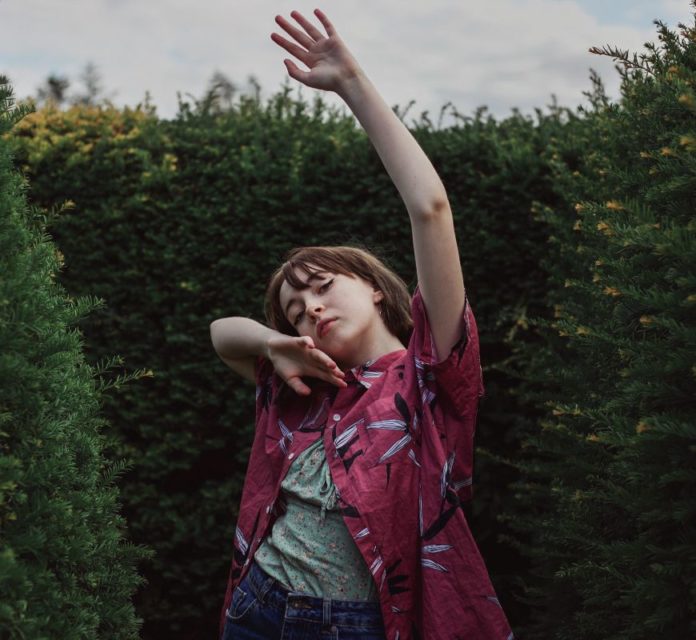 Dublin singer-songwriter Patricia Lalor was just 11 years old when she started putting out covers on YouTube, catching the attention of none other than Hozier, who called her cover of his song ‘Cherry Wine’ as “hands down, one of the best covers I’ve seen”. On top of amassing over 140K subscribers on that platform, Lalor, now 14, already has multiple EPs under he belt, with her most recent release being the mesmerising Do It Again. Drawing from a wide range of influences, she’s always trying out new sounds from one project to the next, but her poetic lyrics and evocative vocals remain at the core of her music. Her latest EP can best be described as a cross between the intimacy of bedroom pop recordings and the neurotic, intricate electronic stylings of Radiohead; opener ‘Do It Again’ untangles amid In Rainbows-esque guitars, the track’s haunting beauty amplified rather than held back by the cavernous, lo-fi production. Lalor’s ethereal harmonies and confessional lyrics stand out on the iridescent ‘Self Aware’, while single ‘Alone’ offers a more upbeat, playful slice of alt-pop that’s among her catchiest songs yet. The fact that Lalor’s songwriting is way beyond her years goes without saying – but even without considering her age, there’s no denying she’s one of most exciting up-and-comers in the scene today.

We caught up with Patricia Lalor for this edition of our Artist Spotlight series, where we showcase up-and-coming artists and give them a chance to talk about their music.

How did your musical journey start?

Well I would like to think it all started because of my mom and her love for music. There was always good music playing in the house or in the car when I was little and that’s definitely influenced me, but my music journey probably properly started when I was around 10 and joined guitar lessons for the lols. There was no intention to “start my music career” I was just doing it for fun. The singing and writing kind of just slowly came along with learning guitar and it was all really just a thing I did cause I enjoyed it and still do.

Who are some of your influences?

There are so so many, right now it’s artists like Radiohead, Zero 7, Florist, Broken Social Scene, Bon Iver, Beach House and Ariel Pink who inspire me. I feel like they all are really different from each other and kind of go all over the place in terms of sound but they all inspire me in different ways.  If you would have asked me a few months ago it would have been completely different, besides Radiohead and Bon Iver (and maybe Beach House) the music I’m influenced by right now compared to six months ago is really different and I feel like my music I’m writing is changing with it which is super cool.

It’s all over the place (in a good way though). I try to write down lyrics and record voice memos when I feel like I have found a good song idea, but so far the process of looking back at song ideas I’ve had has only really worked once. I’m more of a in the moment type of gal, meaning I usually have to feel something in the moment of writing a song in order for it to end up as a good song. My song writing process is changing, it used to be me finding nice chords and putting lyrics to them, but now lyrics and chords come together. I usually write a verse (maybe a chorus) and I start producing that verse and chorus straight away without writing the rest of the song, just cause producing is a big part that I love about writing. And yea writing the ending is usually the hardest part for me for some reason, so I have to step back from listening to the song for a few weeks, then come back to it and write the ending!

What are some of the ideas that went into the making of your new EP?

Music wise I usually just write a whole bunch of songs and see which ones are good and release them. There’s never really a plan for them just because the music just happens. Aesthetic wise I initially went into it imagining dark images, especially for the EP covers, but then my mom and I spontaneously did the video for ‘Alone’ without a plan (but knowing I wanted stop motion) and once I edited it my ideas for what I wanted the EP to look like had all changed and I wanted the kind of scrap book look for all the videos etc. It usually works out like that, we never really have a proper plan going into it but it all works out in the end hahah. But yea very very happy with how this EP has turned out aesthetic wise, probably my favourite out of the other EPs.

It’s already your second EP of the year! What keeps you motivated when it comes to making music?

I really don’t know dude, I just write when I feel like it and it all kind of comes out. Don’t get me wrong there has been some struggling where suddenly I haven’t written anything for ages and need to get some stuff out, but I think the music I listen to keeps me motivated to keep writing to be honest. I love writing music and I want to write music so it’s not hard to when I feel like it gladly.

Now that the EP is out, what’s next?

I’m not sure, nothing major with corona sadly but I think just keep writing, staying inspired etc. As you can tell I’m not a very planned out person so I’m just kinda rolling with the punches here, maybe I’ll write another EP who knows! Definitely more music will be coming that’s for sure, but for now that’s the entire “plan” I have if you could even call it that.