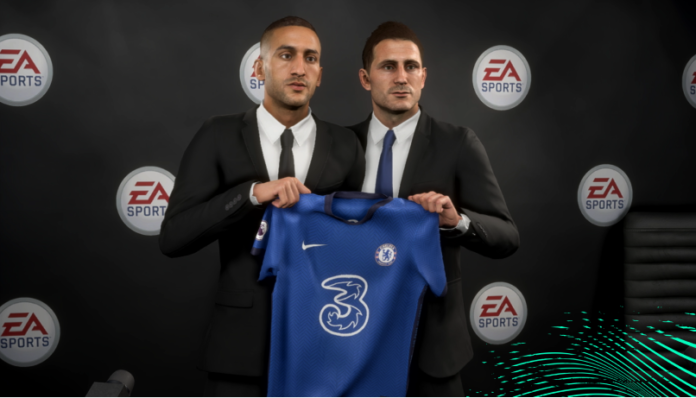 EA has finally released the long-awaited trailer for FIFA 21 Career Mode. Here is a short take on what the trailer has presented us with.

This well-known feature is not exactly new but has been requested by thousands of career mode fans. Luckily for FIFA gamers, it has been re-added with some improvements. Firstly, we have the main feature of this mode, which lets you jump in during a game whilst it’s being simulated. This means you won’t need to only sim the full game or play it, but you’ll be able to join in at any point during a match. This is great if you only want to spend time playing the second half, or simply want to get through the career mode quicker by playing the last ten minutes of the match.

During this mode, you will also be able to make tactical changes and track the progress of each player, bringing in more realism and positive progression to the game.

This new feature will not just allow you to improve the attributes of the player, but turn your players from one position to another. It’s a great way to create a more dynamic squad without having to spend a lot of money in the transfer market.

Moreover, we have been presented with an active training a feature which allows you to schedule your team’s training. Unlike the previous FIFA’s, you’ll be able to manage more players during these sessions, meaning once again a more realistic progression has been added to the career mode. This feature allows you also to choose rest days.

Match sharpness is another superb feature by FIFA 21. This stat will show the manager if a player is going to play at the best of his abilities or not, making another great way to select your squad for matchday.

Career Mode will now provide players with more transfer options, meaning you’ll be able to be more creative when it comes to making deals for wanted players during the transfer market. This has been implemented in previous FIFA games but by the looks of it, has been enhanced for more realism.

An Overview of How Gaming Influences Modern Culture and Society

Instant Games That You Can Play Online with Money

The world's most successful football game and EA's cash cow FIFA has returned for another year with what seemed to be just another update...
Read more
Film & TV

Films on MUBI in October

MUBI, the cinema loving streaming service of Efe Cakarel, has released their lineup of films for the month of October. Among some of the...
Read more
Film & TV

With many prominent film festivals cancelling due to COVID-19 this year, BFI announced it's going ahead with its 64th BFI London Film Festival. To...
Read more
Film & TV

Films on MUBI in September

MUBI, the brilliant streaming service dedicated for the best and most interesting of cinema, has released their lineup of films for September.  Part of...
Read more
Gaming

Is The Cost Of Gaming About To Balloon?

Those paying attention to the gaming industry right now may have noticed a crucial detail about the next generation. Or, rather a key detail...
Read more