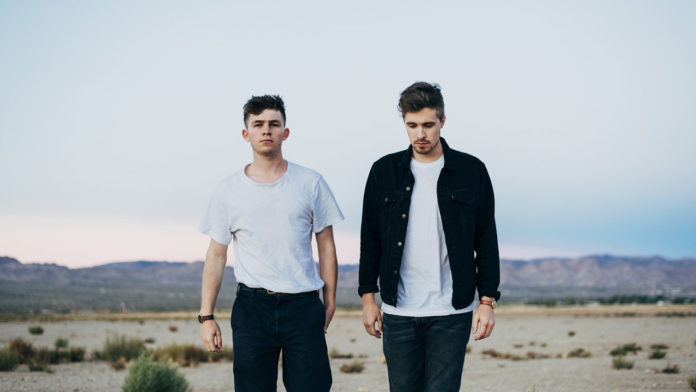 After the release of their four-track EP Sober, the duo behind Aquilo have revealed a music video for their song Moving On. The song reminds us of a chilled-out mood, Tame Impala-like sound that floats beautifully with a crisp, ear-pleasing drums and ghost-like vocals.

Tom came up with this idea based on a SnorriCam that he’d picked up. It’s a camera rig which fixes onto an actor’s body and only shows their facial expressions. The rest of what’s happening around him is left up to the imagination. Once restrictions had eased we were able to shoot the video. Kris brought along Nathan, who played the part pretty much how we imagined. We even had a little cameo, but we’ll leave you to find that.

The whole concept of this EP is the four stages of a break-up with ‘Moving On’ being the last, so it made sense to have this dramatic accompaniment to tie it all off. Hope you enjoy it.”