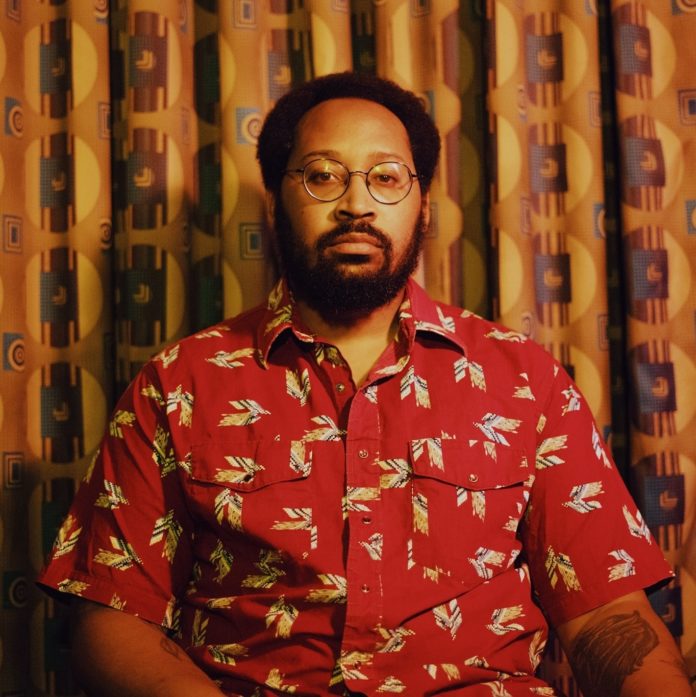 Like many DIY artists, it wasn’t long before Bartees Strange started trying to recreate the magic he heard in other people’s music. Inspired by the flourishing emo and hardcore scenes of the Midwest and the Deep South, he began producing songs for friends in a small studio equipped with a Tascam 388, his family’s computer, and a pirated copy of FL Studio. It was after reconnecting with old friends in the UK – he was born in Ipwich, England, but eventually relocated to Mustang, Oklahoma – that he started getting into indie artists like Bon Iver, James Blake,  Mitski, and The National. It’s the latter group whose songs Bartees has spent much of 2020 immersing himself in, going back to what got him into music-making in the first place – wanting to recreate that magic, though this time infused with more of his own personal touch. He reimagined a selection of The National songs in this March’s Say Goodbye to Pretty Boy EP, then dropped two more National covers last month. Yet there’s no doubt that Bartees has slowly been building his own musical identity, because the first two singles he’s unleashed from his upcoming record, Live Forever, are not only wonderfully dynamic and layered but also filled with a chock full of personality – ‘Boomer’ is a driving and anthemic indie rock banger, and ‘Mustang’ bursts with energy while also managing to sneak in an unexpected nod to The Antlers. When it’s anchored by such great lead singles, it’s hard not to be excited about what the rest of  Bartees Strange’s debut LP will have to offer.

We caught up with Bartees Strange for this edition of our Artist Spotlight series, where we showcase up-and-coming artists and give them a chance to talk about their music.

Do you remember your first musical memory?

My dad collects all sorts of interesting things, cars being the thing I was most involved in. He has a old 70s Datsun 260Z. A random, but fun car you don’t see very much. I grew up in churches, and my mom is a bible thumper through and through – so I didn’t have access to what was happening on the radio for most of my younger years. But when Dad would take us out in the car to cruise, we’d listen to Erykah Badu and Parliament. That was it. Me, my little brother and sister – whipping down country roads screaming “you betta call tyrone, CALL HIM!” – I think that’s the earliest memory of me just falling in love with music and how it can bring people together. It really holds my family together.

You grew up immersed in the hardcore emo scenes of the Midwest and the Deep South – what do you think it is about that kind of music that resonated with you, and how has it influenced your songwriting?

I think I love hardcore music because being a black kid there was no more radical than being a goth, or being gay, or wearing nails in your lips. It was a place I could blend in easier, and just enjoy a moment without feeling like I was being looked at – or like I had to “be something.” I could truly just be one of the people at those shows. Also – I love tension and pacing in musical arrangements. And great hardcore songs have this mastered. Think about At The Drive In, Glassjaw, Blood Brothers – they mastered tension and release. I think there’s a lot to learn from the genre there.

Also, even though I can get around on a bunch of instruments, I have pretty weird music theory chops – they’re not perfect. And in hardcore spaces, not knowing what the hell you’re playing can be a great way to start a song or a riff. I’ve built a lot of songs off of weird sounds that came from bending something too much, or not enough – it’s like the most enjoyable form of playing guitar IMO. Just making a mess, and seeing what sticks. There’s something very nice and comfy in that for me.

Could you talk about the inspiration for ‘Boomer’ and ‘Mustang’?

Sure – ‘Boomer’ was written a while after I’d been living in Brooklyn and I felt like I was experiencing like a renaissance or something personally. I’d never lived in an artistic, thriving, black, queer community. I was truly in a safe space. And I was about to really grow there. I was “booming” there.

‘Mustang’ looks back on me struggling to shed some expectations I had on myself that just weren’t realistic. I’m from a pretty solid middle class, hard working black family. Even with musicians around me – I’m the oldest – I sort of felt like I needed to get a real job and hold it down for my siblings. And I did that, nearly for ten years. And over the course of that time I’ve had many moments where I had to snap myself out of what people wanted me to be versus what I wanted for myself. And that’s sort of what ‘Mustang’ is addressing – struggling with this path I’m still currently on.

How do those songs fit into your upcoming debut album as a whole?

I think that if people like these songs they’ll love the album – it provides a good representation of my influences and the direction the record takes. I’m excited to see what people think. It’s wild. Truly.

How was the process of writing and recording Live Forever?

So much fun. My buddy runs an nonprofit called Think Olio in Wassaic NY. They opened up their doors for me and the band to camp in their barn and cut the album. I recorded maybe 17 tracks – and just chose the best ones. Really awesome and rewarding sessions with my friends. We engineered and mixed everything within the team.

Aside from the release of the album, what are some other things you’re looking forward to?

Getting back on the road and seeing how people really react to the music. So much of these songs were written to have fun to. And a handful of them are perfect for live shows – ‘Mustang’ and ‘Boomer’ especially. I’d love to do that again, and I’d really love to get back to Europe and play. They’re much safer over there with the COVID stuff, so as soon as borders lift, I wanna get over there.

Live Forever is out October 2nd via Memory Music.