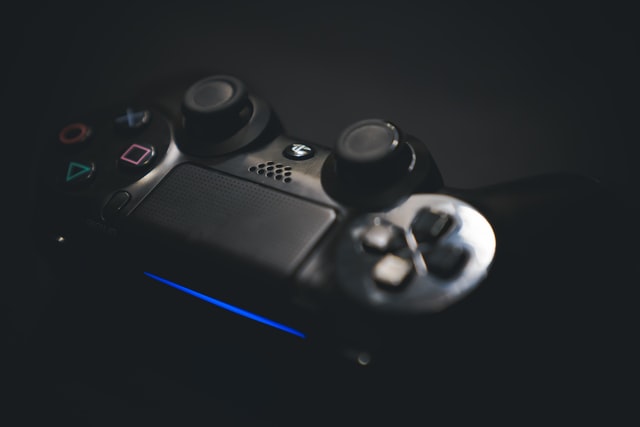 One of the major turning points in all of video game history was when gaming on the internet started to really take off. Online gaming has been around for a lot longer than a lot of gamers might tend to think, with text-based “MUD” roleplaying games being among the first.

Online shooters like Halo and Unreal Tournament, MMORPGs like Runescape and World of Warcraft, and fighting games such as Street Fighter have all come to have their own online scenes and with giants like Fortnite and Minecraft, online connectivity is a huge part of gaming for many people. But why? Here, we will look at some of the many reasons that online gaming can be a truly life-enhancing hobby to get into.

It’s good to see how good you can get

While there are plenty of online games that don’t revolve in conflict with your fellow players, there’s no denying that a lot of people are in it for the competition. The Battle Royale game Fornite probably best exemplifies this, with each match whittling down who is the best player amongst dozens of people all clamoring to take each other out. Competition has real benefits to mental health, such as improving self-esteem and generally encouraging people to try harder to achieve their goals. When we start out in an online video game, rarely are we able to see a win, but with perseverance and practice, we can see the fruits of labor when we finally get that victory.

Outside the realms of a personal hobby, some video games are even starting to see some use s a “team-building exercise.” This is because they have clear value in teaching players the value of teamwork. In a lot of games, such as team-based shooters like Overwatch or squad-based strategy games like League of Legends, players have to communicate and understand their role within a team in order to carry each other to victory. This has a huge range of social benefits, but teamwork is a practical skill that can be applied to real life, including through the professional world. The better you can work with others, the happier you tend to be, as a person.

You can socialize in them

There are some people who still have some trepidation about making online friends. That can be a wise instinct, especially when minors are involved. However, in a modern age where people are finding it increasingly difficult to find friends and build meaningful connections, online video games are serving a genuine and valuable purpose. Video games act as social spaces for people of all ages. What can start off as purely practical messages on how to help each other progress in a game can turn into more meaningful conversations and connections with people who can genuinely become your friends.  Given how important socialization is for mental health, with stress, anxiety, depression, and the like, it should be no surprise that this is what many gamers consider the most important part of the online gaming experience.

Real investments that pay off over time

While some online games start and end with a single match, most of them tend to have some kind of long-form progression in order to encourage players to keep coming back. In Monster Hunter, you want to come back for those limited-time event quests to get special armors and weapons. In Fortnite, you want to keep collecting rare skins and gestures to customize your playing experience even further. In some online games, like EVE Online, the fruits of your labor, such as rare ships, can even be worth real-life money. As such, players can find real meaning in the time that they put into online games that won’t simply disappear once they turn the game off.

They can open up your imagination

Since the very dawn of online gaming, roleplaying games have been some of the most popular games that connect people. From MUDs to Runescape to Neverwinter Nights to Final Fantasy XIV. There are people who play these games from a mechanical perspective, enjoying leveling up, getting new loot, and fighting the bosses. However, there are other players who genuinely roleplay, telling stories with their characters, interacting with other characters, and exploring their imagination with the help of a digital fantasy world. For a lot of these people, online roleplaying games offer them a place to express themselves and enjoy playing in their imagination that they simply would not have otherwise.

Not all of the benefits of playing online games have to be some kind of life-affirming or healthy choice. There’s also the simple fact that people need a way to deal with their boredom. If you find yourself with a little more time than you want on your hands, there are all kinds of online video games that can help you spend some of it. Take a look at the different types of online games to find the one that works best for you. Online shooters, fighting games, roleplaying games, racing, and so on are all there. There are even chill games like Animal Crossing that involve no conflict, but simply living a peaceful life, decorating your home and island, and visiting other people to check out their setups and swap presents.

The stakes are getting real

Had you told anyone twenty years ago that people would be making real money off of video games, they would have probably scoffed at you, but now it’s a reality. There have always been games with real stakes like Thunderstruck 2 online slot that allows people to win real money. These kinds of games have only been growing more popular and varied, supported by things like online poker and other wagered card games. Then there are games that are played at a competitive level with cash prizes. Fighting games and first-person shooters tend to be particularly popular examples of e-sports games, but they’re far from the only ones.

There’s another way that people are playing games online and (sometimes, not always) making some money from it. Twitch may not be the only one, nowadays, but it is the website that popularized the idea of streaming games for an audience. Gamers will play video games, single-player, online, or between, for an audience in a chat room. Streaming has grown to be one of the most popular online gaming pastimes, with thousands upon thousands of broadcasters streaming to millions of viewers. It’s rarely going to make much money for the streamer (fewer than 1% can make a living from it), but it’s revolutionizing how people spend time together online.

One of the things that Twitch has done has changed how video game communities operate. There have always been communities tied to online video games. They are an easy way to meet like-minded people who share a common interest. How communities organized has evolved from individual chat rooms and friend requests to modern platforms like Discord, forums, social media sites like Reddit, and Twitch communities. A lot of gamers find the people they belong to through online gaming communities. Sharing tips, fan art, opinions and impressions have created a wide variety of rich gaming communities in the online world. They’re not always the most polite of places, but they help people who might otherwise struggle with isolation find peers.