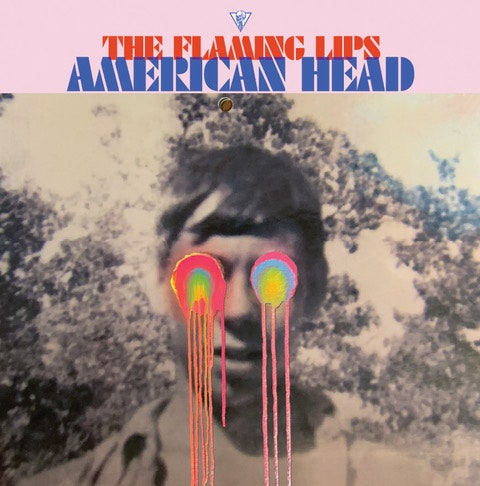 For a band entering the fifth decade of their career, American Head might sound like an obvious attempt at playing it safe. Eschewing the conceptual theatrics of last year’s King’s Mouth and the anti-pop experimentation that characterised much of their output in the 2010s, the Flaming Lips’ sixteenth studio album finds them pivoting back to the familiar mid-tempo balladry and grand orchestral swells that made much of their 90s material so iconic. Drawing shamelessly from the classic psych-rock playbook, they’ve come up with a record that has seemingly little in common with the Lips’ shapeshifting highlights even as it appears to be emulating them.

And yet, American Head is somewhat of a revelation. Frontman Wayne Coyne and company might be touching on the well-trodden themes of death, drugs, and the American dream against a backdrop of predictably beatific, 70s-inspired arrangements, but this grounded approach is a gateway to some of the band’s most personal songwriting to date. On the surface, the album might come off as a purely nostalgic affair as Coyne looks back on the formative years of his life as a kid growing up in Oklahoma, but it’s more of a sobering reflection on the dangers of romanticising a certain kind of lifestyle, and the ways in which that spark of youthful idealism fades with age.

Opener ‘Will You Return/ When You Come Down’ sets the stage by laying out a striking realization: “Now all your friends are dead/ And they’re ghosts floating around your bed,” Coyne sings pensively, accompanied by a chiming instrumental that taps into the haunting qualities of a lullaby. As epic introductions go, it feels like the band is signalling their slow descent back into Earth. Follow-up ‘Watching the Lightbulbs Glow’ channels Pink Floyd’s ‘A Great Gig in the Sky’ but seems to aim for the opposite effect; Kacey Musgraves’ vocals are plaintive rather than ecstatic, floating above the ether like a ghostly reminder of what’s been lost. Musgraves might seem like an unlikely choice for a feature on a Flaming Lips record, but unlike other pop stars who have found themselves into the band’s orbit, her dreamy cadence warmly complements the tenderness in Coyne’s delivery when it comes up on the elegiac ‘Flowers of Neptune 6’ and ‘God and the Policeman’.

American Head’s earthly, naturalistic tones seem to serve as a manifestation of the narrator’s change in perspective, a framing device that warns against the romanticism that governs the lives of the young characters that inhabit the album. The chorus of ‘Dinosaurs on the Mountain’ recaptures the innocence of childhood, but Coyne’s vocals turn into a distant croon as his older self paints a more unsettling picture of a memory that’s now riddled with fear and anxiety. On ‘At the Movies on Quaaludes’, Coyne recalls one experience of getting high as life-threateningly horrifying, even as he recounts it in the present tense: “We’re so high that we/ Forget that we’re alive/ As we destroy our brains/ ‘Til we believe we’re dead.” And on ‘Mother I’ve Taken LSD’, Coyne’s lyricism takes a devastating turn for the confessional: “I thought it would set me free/ But now I think it’s changed me,” he laments, adding, “Now I see the sadness in the world.”

It’s an eye-opening moment, but it’s not the last time that Coyne addresses his mother directly on the album. Where ‘Mother, I’ve Taken LSD’ is sung from the perspective of Coyne’s brother, ‘Mother Please Don’t Be Sad’, a sweeping piano ballad that arrives later in the tracklist, finds him opening up about his own near-death experience, laced with the kind of sentimentality that feels entirely earned and sincere. The song transitions seamlessly into the slow-percolating ‘When We Die When We’re High’, a stand-out instrumental that unfolds like the journey to the afterlife. More than a thin collection of melancholic ballads, there’s a clear narrative progression running throughout American Head, which makes it feel both purposeful and compelling.

The Flaming Lips lay down a ream of great songs on the front half of the album, each of which builds steadily upon the other. But the record falters somewhat towards the back end: ‘You n Me Selling Weed’ should work in theory, but it lacks the nuance to really bring out the more violent undertones of its doomed love story, as other songs on the album do; ‘Assassins of Youth’ is another weak spot that attempts to offer a glimpse of the bigger picture but ends up feeling devoid of any substance. But American Head closes off on a fittingly high note with ‘My Religion is You’, which wonderfully underscores what the album is really about: not death, or God, or magic forests, but giving yourself fully to the ones you love. This, Coyne seems to be saying, is the only kind of devotion that’s really worth it.

Album Review: The Flaming Lips, 'American Head'For a band entering the fifth decade of their career, American Head might sound like an obvious attempt at playing it safe. Eschewing the conceptual theatrics of last year’s King’s Mouth and the anti-pop experimentation that characterised much of their output in the 2010s,...