Lavender Diamond, the trio of Becky Stark, Steve Gregoropoulos, and Ron Regé, Jr., have announced their first new album in 8 years: Now Is the Time arrives December 4 via Petaluma. The group have previewed the record with a new song called ‘This Is How We Rise’. Check it out below, and scroll down for the album’s cover artwork and tracklist.

“Right before our current storm of catastrophe these songs came pouring in to us,” vocalist Becky Stark said in a statement. “These songs of healing for a world in crisis. Crisis holds profound opportunity for healing and transformation. Now is the most powerful time we have ever known to transform our world and to build justice peace and prosperity for all by living in harmony and with love for the earth, embodying the wisdom of equality and respect for all.”

She added: “I came to this realization that there’s medicine in the music itself. It can lift people up and heal them and point them toward transformation, and that led me to this tremendously powerful need to start writing and recording again.”

Now is the Time marks the follow-up to the band’s 2012 studio LP Incorruptible Heart.

Now Is the Time Cover Artwork: 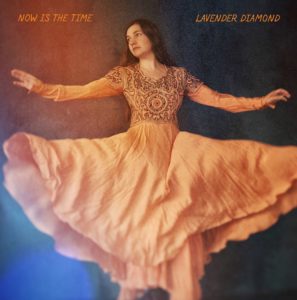 Now Is the Time Tracklist: