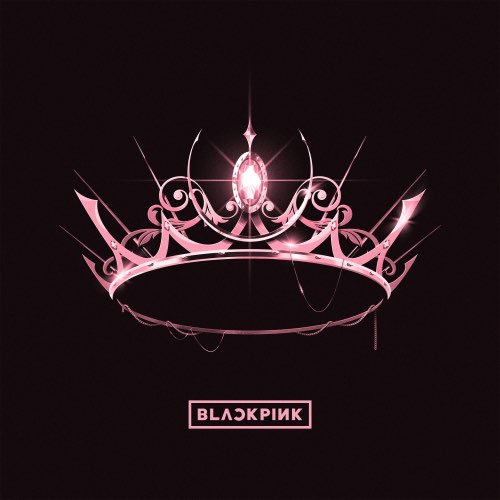 BLACKPINK waste no time. After all, why should they? Barely half a decade into their career, the South-Korean pop group – Jisoo, Jennie, Rosé, and Lisa – have managed to become an international phenomenon, amassing millions of followers and getting featured on a Lady Gaga album before their debut full-length even arrived. To put things things into perspective, 27-year-old Ariana Griande, who also collaborated with Gaga on Chromatica‘s big single, has more albums out than BLACKPINK has members. Now that it’s finally here, the follow-up to the group’s 2019 KILL THIS LOVE EP, simply titled THE ALBUM, delivers everything fans could have possibly wished for, though sadly not enough of it. Clocking in at just 25 minutes – that’s one third the length of the latest BTS album – this short-but-sweet project bombards you with one outrageously fun, maximalist pop banger after another but makes sure it leaves you wanting more.

Armed with plenty of confidence and effortless charm, BLACKPINK kick things off with a bang: the titanic ‘How You Like That’ bursts with infectiously rowdy energy as it showcases each member’s unique strengths, from Rosé singing to Lisa’s raps. The track utilizes a classic BLACKPINK formula, affording the group enough space to explore different musical avenues throughout the rest of the album, pulling from rap, EDM, and even a hint of country. Undeniably a high-budget affair, THE ALBUM harkens back to a time where pop music was loud and shamelessly over-the-top, and anyone immune to that kind of thing should probably stay at least ten feet away. But as manufactured as it all inevitably sounds, BLACKPINK inject their glossy, precision-engineered brand of pop with enough joy and charisma to make it stand out.

They’re also backed by an impressive list of writers and producers, including Ryan Tedder and the team behind much of Ariana Grande’s Sweetener, whose fingerprints are all over the album. Grande even shares a co-writing credit along with Victoria Monét on the predictably sugary ‘Ice Dream’, which, on top of everything, features a mostly unnecessary guest spot from Selena Gomez. And yet the track is a treat all the same, a supremely catchy tune that’s guaranteed to get stuck into your head in spite of its obnoxious and nonsensical sexual metaphors are (“Catch me in the fridge, right where the ice be” reaches peak levels of absurdity). The writing is by far the weakest part of the album; besides having a few questionable moments, it also lacks any real sense of personality or heart to match what BLACKPINK bring to the table – which isn’t helped by the fact that only one track here includes writing credits from any of the group’s members (Jisoo and Jennie contribute to the gleefully anthemic ‘Lovesick Girls’).

What THE ALBUM lacks in substance and lyrical depth, though, it makes up for with the sheer intensity and bombast of the group’s performances. ‘Pretty Savage’ is as assertive as its title suggests, packed with an insanely addictive arena-ready hook and that quintessential BLACKPINK edge, while ‘Crazy Over You’ boasts the album’s most wildly adventurous instrumental. It doesn’t quite gel with some of the record’s more saccharine cuts, like the Cardi B-assisted ‘Bet You Wanna’, but that hard-hitting attitude is the best thing the record has to offer. Unfortunately, too much of it is missing on its two final tracks, though the closer, ‘You Never Know’, does bring some much-needed humanity to the K-pop machine: “It’s easier to judge me than to believe,” Jisoo sings. Hopefully BLACKPINK serve more of that vulnerability on their follow-up project. For now, though, they trade in tried and true formulas and skip right to dessert. By all accounts, a pleasant way to start a meal – though it does make you wonder what could possibly be next on the menu.

Album Review: BLACKPINK, 'THE ALBUM'BLACKPINK waste no time. After all, why should they? Barely half a decade into their career, the South-Korean pop group - Jisoo, Jennie, Rosé, and Lisa – have managed to become an international phenomenon, amassing millions of followers and getting featured on a Lady...