SALEM have announced their first new album in ten years. The witch house pioneers’ follow-up to 2010’s King Night comes out on October 30. It also marks their first full-length since the departure of Heather Marlett. Along with the announcement, SALEM have unveiled a new track called ‘Red River’. Check it out below, and scroll down for the album’s cover artwork and tracklist.

The group’s Jack Donoghue and John Holland recorded most of the new record in Louisiana and completed it in Los Angeles with help from Shlohmo. Kanye West collaborator Mike Dean mastered the album, which includes the previously released ‘Starfall’ and ‘Capulets’. 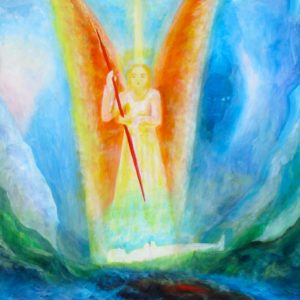