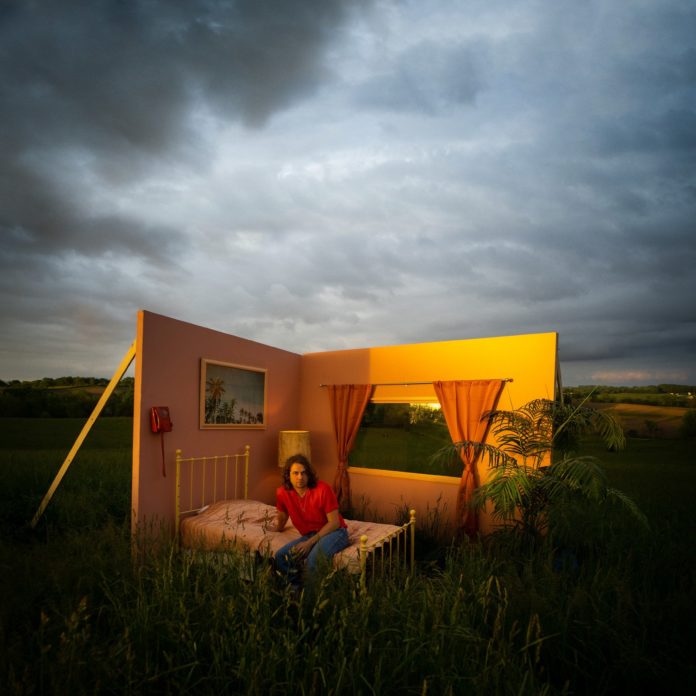 I have never been to Kansas City. Kevin Morby’s new album didn’t exactly change that, but its evocation of middle American scenery – golden valleys, picturesque sunsets, vast stretches of highway – has a way of conjuring a certain kind of nostalgia for places you’ve never been as well as a fondness for those you hold dear but maybe haven’t visited in a while. Morby started writing the album in 2017 after moving back to his hometown from Los Angeles, reflecting on his time away from the city he left at 18 and working on new music with a fresh perspective and a newly bought Four Track Tascam 424. Emerging from period of self-imposed isolation that brought him closer to nature as well as himself, Sundowner is an exquisitely rendered record dripping with warmth and memories so vivid you almost forget they’re not yours. Its resonance lies less in the beauty of the images themselves, whether real or imagined, than the way they seem to live and breathe inside of these songs.

Opener ‘Valley’ kicks off with familiar strums of acoustic guitar and waves of spectral Mellotron rippling throughout; Morby sings of the sky above and the valley below him as if split between and in direct conversation with them both, his voice sounding both restless and revitalized by this proximity. Handpicked guitar pours into ‘Sundowner’ like morning light seeping through the window, but lyrically, Morby forgoes a more literal approach and instead describes the sun as a metaphor for the narrator’s own melancholic tendencies (“See I like the sun, but I start to run/ Oh, the moments that the sun runs from me”). He feels alienated by the things that surround him, all abstract – a river that pulls him under, an unwelcoming God – and declares himself a wandering soul.

It’s a well-established literary trope, and a tired one at that, but the genuine sense of wild-eyed wonder that permeates the album makes it feel inspired and refreshing, which isn’t something you could necessarily say about Morby’s previous effort, 2019’s pretty but directionless Oh My God. Rather than using these romantic ideas to invoke the traditional figure of the male wanderer who lives in solitude, what we get instead is a story of human interconnectedness: on ‘Campfire’, we meet Jessie, who’s a sundowner, too. Halfway through the track, Waxahatchee’s Katie Crutchfield, who is also Morby’s partner, contributes a hauntingly raw vocal performance against sounds of crackling wood: “Stay calm, stay calm, and give me your palm/ A song, a song for you,” goes her lullaby. It’s a stunning, soul-stirring moment. While Sundowner may not be as tasteful or nuanced as some of the artist’s best work, it easily stands out among his most affecting.

It’s that feeling of togetherness that animates the next few songs: ‘Wander’ is a chest-thumping highlight, the shortest and perhaps catchiest track Morby has ever written. Though he has proven himself to be a skilled and incisive storyteller, even he knows nothing speaks to the wilderness of the heart better than a resounding “bum-bum, bum-bum-bum, bum-bum.” ‘Don’t Underestimate Midwest American Sun’, whose title also doubles as the album’s mantra, gravitates towards similarly pure expressions of love; “Don’t go,” “Stay near me,” “I have fun with you.” He returns to a more detailed approach to songwriting on ‘A Night at the Little Los Angeles’, which carries the previous track’s gentle atmosphere and twists it into something more elusive as it stretches out to seven minutes.

Sundowner ends pretty much where it began: following the gorgeous piano interlude that is ‘Velvet Highway’ – wordless like the night – ‘Provisions’ emerges, like the sun, with that same acoustic guitar and Mellotron. There’s a storm coming, Morby suggests, but there’s no need to worry; just “cast your vision on a memory for a while.” On the next refrain, “memory” becomes “melody”, just like Kansas becomes Sundowner. Whether you’ve found yourself in its presence doesn’t make those sounds and images any less real or potent. A large part of the album might be treading on mythical ground, but Morby makes his position very clear: “Life is not some fairy tale/ Some story book you wrote,” he muses on ‘A Night At The Little Los Angeles’, “Well, it leads you by the heart now/ And it comes right out your throat.”

Album Review: Kevin Morby, 'Sundowner'I have never been to Kansas City. Kevin Morby’s new album didn’t exactly change that, but its evocation of middle American scenery – golden valleys, picturesque sunsets, vast stretches of highway – has a way of conjuring a certain kind of nostalgia for places...