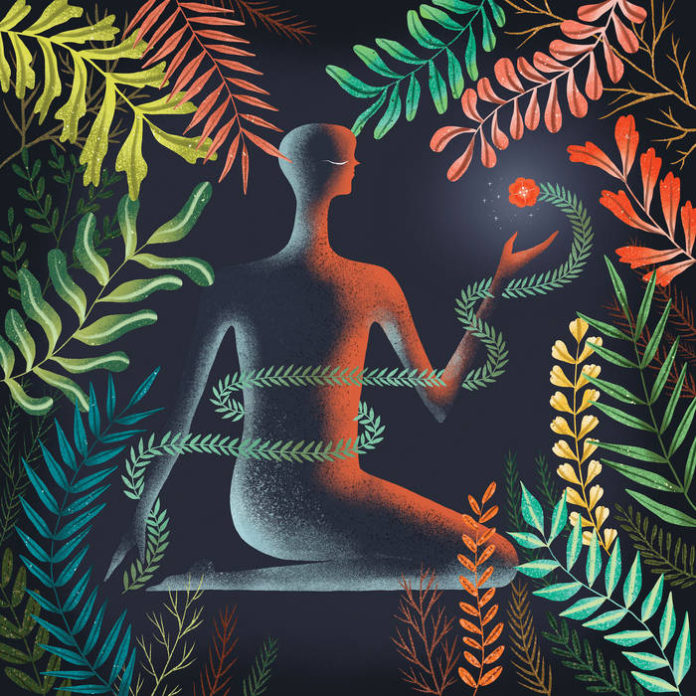 There’s an elemental beauty to Loma’s sophomore album, Don’t Shy Away, that reveals itself slowly but surely. After all, that’s the way it goes with most things in nature, a word that also happens to have been used as a fitting tag for the album – it’s not one you usually see alongside ‘alternative’ and ‘rock’,  but for a band whose first releases include an instrumental soundtrack and a half-hour guided meditation, it’s not all that surprising. Unfurling with a patient and solitary kind of splendour, their music is evocative but never perfunctory, brimming with textures that are vaporous yet vividly drawn. Don’t Shy Away distils those elements that were present in their debut to a more refined form, resulting in their most mesmerizing and rewarding effort yet.

Loma started out as a serendipitous collaboration between Emily Cross, musician and recording engineer Dan Duszynski, and Shearwater frontman Jonathan Meiburg. Soon after releasing their debut self-titled album, it seemed like it was going to be a one-off project; their subsequent tour ended on a high note, with Cross jumping into the crowd, and then into the sea, during a final performance that took place on a packed beach at Sub Pop’s SPF 30 festival (remember those?). Each member then went on to work on separate projects, until they decided to reconvene at Duszynski’s home in rural Texas to record new material. It’s perhaps because the group wasn’t compelled to begin working on a second album right away that Don’t Shy Away feels anything but contrived, presenting itself as a natural continuation of what was starting to take hold on their debut – a new seed sown on the same fertile ground.

And it doesn’t take long before the album blooms into its own unique flower. The wistful tones of opener ‘I Fix My Gaze’ function in a way that’s not too unlike their guided meditation album – here, the narrator focuses her attention on the rock where she finds herself stuck, enough to finally see the beauty in its hardness. But where The Rind in Your Mind revolved around the simple affirmation of “You are perfect,” the observations on ‘I Fix My Gaze’ reveal a deeply rooted human insecurity: “Its perfect texture smooth with age/ The opposite happens to my face.” Later on the album, ‘Thorn’ starts with Cross’ voice calmly announcing, “I thought it would be a good time/ To tell you about what I’m looking at,” before a spectral chorus of “I can see a thorn” kicks in and the song takes on a mystical hue, growing more unnerving than soothing.

“Each of us is a very strong flavor,” Meiburg has said of the group’s collaborative process, “but in Loma, nobody wears the crown, so we have to trust each other—and we end up in places none of us would have gone on our own.” The real magic, however, comes in knowing how to take the listener with you – and Don’t Shy Away frequently accomplishes this. Rather than getting lost in its own dreamy, hymnal soundscapes, the album is at its best when it doesn’t just conjure a brooding sense of atmosphere but also hints at feelings left unexplored, like when ‘Half Silences’ completes its choral refrain of “Generate light/ Generate heat/ Generate feeling” with a subtle yet cutting personal confession: “So many words under my tongue/ So many half silences.”

Don’t Shy Away rarely goes as far as to give voice to those feelings, but as its title would suggest, it doesn’t shy away from them, either. It’s the kind of album that favours more abstract modes of expression, from the tension-filled crescendo of the stand-out ‘Ocotillo’ to the tranquil guitars on ‘Jenny’. For a record whose first word is “stuck”, it’s hard not to marvel at the ways in which the songs themselves seem to be in constant motion. But what’s even more satisfying is that the journey ultimately does reach a certain conclusion: from being a passive, introspective observer on the opener, the narrator demands to be seen on the gorgeously delicate title track. And the closer, ‘Homing’, which channels the transcendent qualities of a Julianna Barwick record (and even features production work from none other than ambient pioneer Brian Eno), ends with Cross repeating the line, “I am right behind your eyes.” Her voice gets distorted as it fades into the background, but some part of its essence lingers, like the smell of petrichor after the rain.

Album Review: Loma, 'Don't Shy Away'There’s an elemental beauty to Loma’s sophomore album, Don’t Shy Away, that reveals itself slowly but surely. After all, that’s the way it goes with most things in nature, a word that also happens to have been used as a fitting tag for the...