Oh Sees bandleader John Dwyer has revealed a new side project called Witch Egg. Consisting of himself, Nick Murray, Brad Caulkins, Greg Coates, and Tom Dolas, the band has also announced its self-titled debut album, out January 22 via Rock Is Hell Records. Below, hear the lead single ‘Greener Pools’ and check out the LP’s cover artwork and tracklist.

Dwyer has also shared a statement accompanying the announcement:

Transmission incoming…
Alien sound waves have been bouncing off the side of our ship.
We’ve managed to capture some of them on plastic.
They appear suddenly out of the vacuum.
Projected by planets
Beamed through stars
Reflected off debris
Hanging in space like dust motes
Memories of planetary habitation

Witch egg is a improvised set of songs by John Dwyer, Nick Murray, Brad Caulkins, Greg
Coates & Tom Dolas.
Another fried expedition out in the wilds.
Recorded and mixed at Stu-Stu-Studio by John Dwyer
This one is a burner designed optimally for your eco-pod sound system.
When you’ve left the world behind, you will need a soundtrack while you lay in dream stasis
This is it 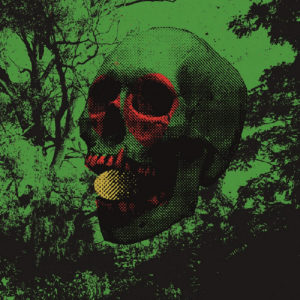