4 Types of Books Everyone Should Read 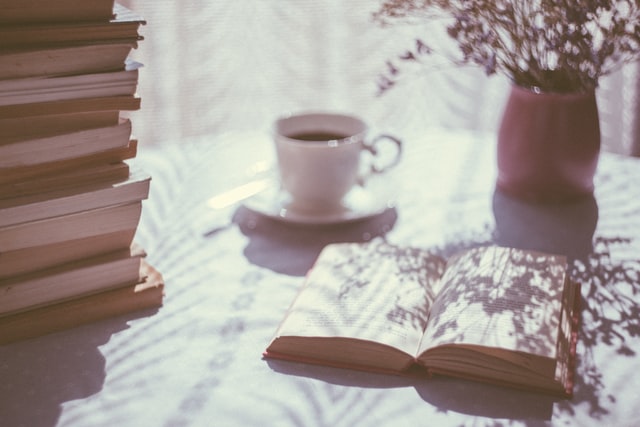 You may not be the kind of person who loves to read. Even so, there are certain books which everyone should try to read regardless of their interest in the subject. Never underestimate the importance of a good book; you may find answers to some of your deepest life questions. The following are a number of books that ought to be on your “must-read” list.

Classic Novels that must be part of anyone’s library

This book revolves around a world where society is suffering from injustice on many levels. Winston Smith, the protagonist, lives in a world where love and freedom are forbidden. People are controlled by “Big Brother,” a ruler that has eyes everywhere oversights what people think, see and say.

The bigger picture of this book consists of more ample matters. Orwell exposed the fact that people in the modern world are manipulated by a number of means such as mass media and the government.

To Kill a Mockingbird by Harper Lee

“Shoot all the blue jays you want, if you can hit ’em, but remember it’s a sin to kill a mockingbird.” You may have heard of this quote but never know where it came from. Morals are the central theme of this novel – the action being focused on the gut instinct of right and wrong.

Harper Lee released the book in 1930 while the United States went through the worldwide economic crisis “Great Depression.” In that period, America was also going through some meaningful ethical developments as social inequality represented a real matter.

The Book Thief by Markus Zusak

The Boof Thief is not the first nor the last book about the Nazi period that hunts the world to this day. Markus Zusak gives a new approach to the well-known story, showing its readers a brand-new vision of the events.

From Death’s point of view, the novel presents the life of Liesel. The little German girl lives with her foster parents after the biological mother couldn’t afford to raise her anymore, sending her to the adoptive family. The story will take readers through different stages of emotions, presenting the concept of hope, bravery and friendship in hard times.

Let’s bring up another well-written book by George Orwell, Animal Farm. “All animals are equal, but some animals are more equal than others” is a famous quote from the novel and also the main idea of the book. There are plenty of similarities between the story and what is happening in the human world that people will discover by reading the book.

The Manor Farm is overtaken by the resident animals, unpleasant with the treatment given by the humans who own the farm. Old Major, an old boar, becomes in charge and leads the animal community into a better life. However, Major dies, two young pigs taking its place. In the begging things are working well until one of the pigs turns against its brother and banishes him. From now on, the farm suffers many negative changes that affect the animals.

Business and Money Self Education

Rich Dad Poor Dad is written from the perspective of two different characters, the poor dad and the rich dad, showing various financial principles. This lecture is perfect for those who want to educate when it comes to managing financials.

Although the book was released more than 20 years ago, its values remain compatible with the modern world.

This book presents a true and realistic life illustration that can change the vision of the readers. Think and Grow Rich is not only bout getting rich but about getting what you desire. The book follows four main steps: desire, believe, act and persist. Readers will learn that the key is to remain ambitious and to urge to dream bigger.

The Professor, the Banker, and the Suicide King by Michael Craig

‘The next best thing to gambling and winning is gambling and losing. The main thing is to gamble.’ Those who enjoy playing at casinos, manly poker, will be pleased by reading this book. Making money out of gambling may be satisfying. However, it can also be a risky move. Gambling enthusiasts should educate themselves on this matter before diving into the casino world. Many gambling sites offer the opportunity to try poker titles. For example, there are platforms that educates people about how to play it responsibly. From tips regarding cryptos and insights about the casino itself, you can understand what online poker is about. Pop over to these guys to see what I am talking about. Staying up to date with new appearances in the economic field like digital assets can be vital in this matter.

The Power of Habit by Charles Duhigg

The Power of Habit explains how habits are born in individuals, social groups and even organizations and how to change them if needed. The book reached The New York Times bestseller listed and was nominated for the Financial Times and McKinsey Business Book of the Year Award in 2012.

It may not be the usual personal development book, but this can be a good thing for those who don’t usually prefer to read this type of lecture. This book presents a blunt and harsh perspective and dispels many stereotypes about what it means to be happy. The notions are offered as they are, without being sugarcoated to make us feel better than we should about certain things. The Subtle Art of Not Giving a F*ck is about finding what really matters to you without caring about other things.

Nelson Mandala is one of the few remarkable political leaders of our time. He started to write his biography in prison and finished before becoming the president of South Africa. This book talks about the struggle he’s been through to find a balance between the political career and family devotion. Besides this, Mandala spoke about his first marriage that failed and the pain he felt while separated from his children.

Churchill: A Life by Martin Gilbert

This biography covers Winston Churchill’s whole life, from the political matters to his early belief in the technology evolution. One of the 20-century titans, Churchill, started his life on a rough patch. The first years of his life were full of failures, personal ones but also in the eyes of his family. It took many falls for him t become the man we all remember. Readers may be surprised about the many facts that are not very known for the public eye.

Walter Isaacson was chosen by Steve Jobs himself to write his biography. At the time of writing, Jobs was not involved at all, saying that he did not even read it. The book creates a perfect portrait of the man who came with the Apple concept. Readers will find here even details about the well-known conflict between him and Bill Gates, the Microsoft founder.