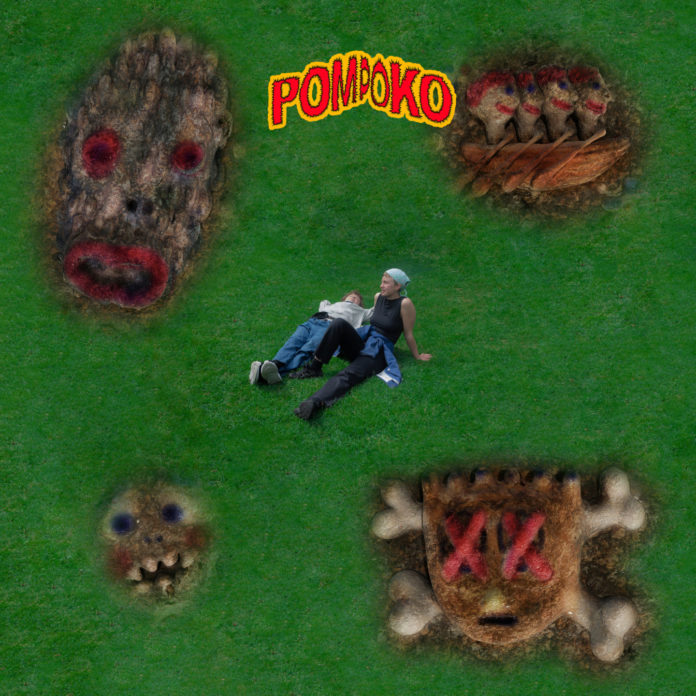 Fuzzed-out guitars, crunchy bass tones, and sweet vocals coalesce in Pom Poko’s deliriously unhinged music. Following up their thrilling 2019 debut Birthday, the Norwegian art-pop quartet – consisting of vocalist Ragnhild Jamtveit, guitarist Martin Miguel Tonne, bassist Jonas Krøvel, and drummer Ola Djupvik – once again prove they simply wouldn’t have it any other way: with the wackiness ramped up and the confidence more firmly on display, their latest not only bursts with as much colour as its predecessor, but is also at times both catchier and more adventurous. Even if the 33-minute LP does little to further the band’s stylistic progression, it succeeds in the tricky job of retaining the quirky punk fervor that made them exciting in the first place.

Albums as frantically playful and chaotic as Cheater can feel like an overload on the senses, especially for those not attuned to this particular brand of indie rock, but one of the record’s charms is that it ensures the listener is in on the fun. “Goodbye, my friend/ Go out, explore,” Jamtveit entreats on ‘My Candidacy’, as if for a moment encouraging both her bandmates and the listener to explore their wildest creative instincts. But the key to the group’s chemistry is that its four members never fall out of step with one another, and here, they tighten up the arrangements and production so that the unrelenting force of their music feels even more deliberate, the result of intense collaboration rather than a fortuitous half-accident; the frenzied ‘Like A Lady’ offers the most remarkable example of this, a song that’s executed with as much boisterous energy as electrifying precision.

Considering the band quickly developed a reputation for their explosive live shows, it’s no surprise many of the songs here are designed to thrive in a live context, with Jamtveit commanding “clap your hands and everybody get down” on the blissfully psychedelic ‘Andy Go to School’. So it helps that, for all their experimental tendencies, Pom Poko’s approach to songcraft owes a lot to traditional pop structures, lending a surprising immediacy to cuts like ‘Andy Go to School’ and the seemingly related ‘Andrew’. But while there’s no doubt these songs are optimized for maximum enjoyment in either a live setting or on an individual basis, they don’t always manage to create a cohesive album experience in a way that’s comparable to some of the band’s most obvious influences.

This is partly why Cheaters’ most engaging tracks are those that find the band revelling in loud-quiet dynamics, from early, snappy highlights like ‘Like A Lady’ to the jazzier/proggier direction the album careens toward on its back half. There’s nothing really matching the surprisingly intimate ‘Honey’ or the 5-minute epic ‘If U Want Me 2 Stay’ that stood out on their debut, but songs like ‘Look’ and ‘Baroque Denial’ suggest the band is more than happy to embrace different dimensions of their sound. There are also vague hints they might be looking to augment their off-kilter aesthetic with lyrics that gesture towards similarly absurd narratives, but those are far from developed here. For now, it’s safe to say Pom Poko deliver enough dizzy, genre-mashing exuberance to keep us itching for the return of live music.

Post Malone, J Balvin, and Katy Perry are among the artists who will be contributing to a special anniversary album for the Pokémon franchise....
Read more
News

Watch Green Day’s Side Project The Network Perform on ‘Fallon’

Last year, Green Day revived their "secret" new wave side project the Network for a new EP called Trans Am as well as their first...
Read more
News

Watch: Slavoj Žižek Explains the History of Music in 3 Minutes

If you're a fan of Slovenian philosopher Slavoj Žižek this three-minute clip in which he gives a speedy summary of the history of music...
Read more
Film & TV

February 2021 saw the release of the music video for Chelsea Wolfe's Anhedonia, directed by Cressa Maeve Beer. The track, which speaks to grief and rebirth, is accompanied by...
Read more