The Book Thief: 11 Memorable Quotes from the Book 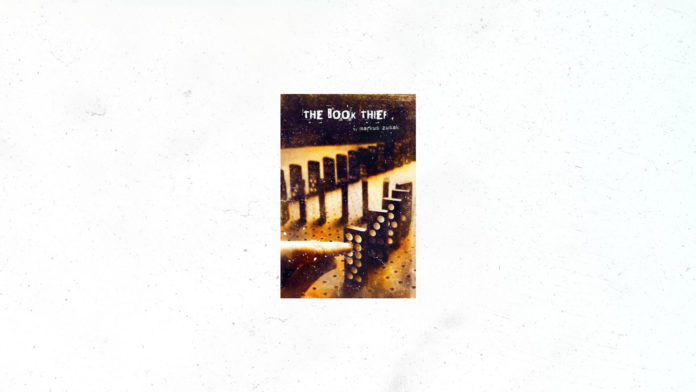 Marketed as a children’s book, Markus Zusak’s The Book Thief tackles World War II in Germany through the voice of Death and the eyes of a child. Sometimes, a theme can be too formidable to condense into a story meant for anyone other than young readers.

Published in 2005, the book tells of Liesel Meminger’s youth after becoming an orphan. She is adopted by the Hubermanns: kindly Hans and severe Rosa. As she grows up under their roof, she learns to read, but books can be hard to come by in Nazi Germany, so she often has to steal them. Her friend Rudy Steiner – who doesn’t hide the fact that he’s in love with her – occasionally accompanies her on these ventures, but Liesel must keep a big secret from him; Hans and Rosa agree to take in a fleeing Jewish man and hide him in their basement. Max soon becomes a good friend of Liesel’s, and he encourages her to write as well as read.

The novel is aptly narrated by Death in a somewhat sarcastic voice, but the overall effect is poignant. Zusak masterfully weaves a tale of youth, war, tragedy, hope, and loss, never losing his unwavering control over language. This is truly a book for all ages and one that readers can gain much from. Here are eleven powerful quotes from The Book Thief.

“A small fact: You are going to die.”

“I have hated words, and I have loved them, and I hope I have made them right.”

“The only thing worse than a boy who hates you: a boy that loves you.”

“It kills me sometimes, how people die.”

“I am haunted by humans.”

“I wanted to tell the book thief many things, about beauty and brutality. But what could I tell her about those things that she didn’t already know? I wanted to explain that I am constantly overestimating and underestimating the human race-that rarely do I ever simply estimate it.”

“Together, they would watch everything that was so carefully planned collapse, and they would smile at the beauty of destruction.”

“… Leisel kissed her best friend, Rudy Steiner, soft and true on his lips … He tasted like regret in the shadows of trees and in the glow of the anarchist’s suit collection. She kissed him long and soft … She did not say goodbye. She was incapable, and after a few more minutes at his side, she was able to tear herself from the ground. It amazes me what humans can do, even when streams are flowing down their faces and they stagger on…”

“A snowball in the face is surely the perfect beginning to a lasting friendship.”

“The consequence of this is that I’m always finding humans at their best and worst. I see their ugly and their beauty, and I wonder how the same thing can be both.”

Music as an Escape From the Gaze: Soundtracking Gender in ‘The Virgin Suicides’

“In the Curl of an Infinity”: Existential Wonder in Savannah Brown’s ‘Sweetdark’