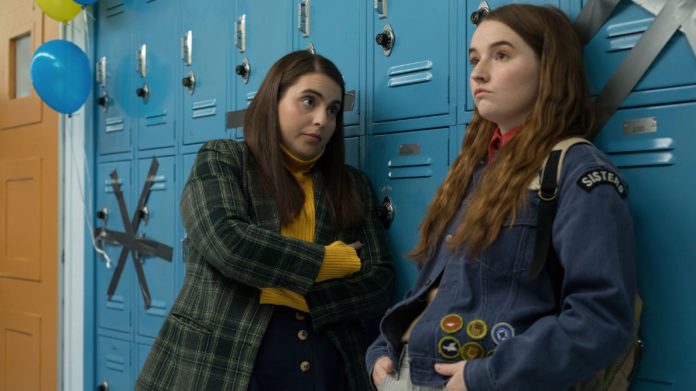 Olivia Wilde’s directorial debut Booksmart has gained quite the cult following since its 2019 release. The film didn’t perform exceptionally well at the box office, though dedicated fans have connected with its two female leads, Amy (Kaitlyn Dever) and Molly (Beanie Feldstein). The girls are about to graduate, but they realize they’ve been so dedicated to their studies that they haven’t enjoyed the high school experience.

When they decide to go to a party, the comedic duo embarks on a night of adventure that leads them down unexpected roads. The film has been dubbed “the female version” of the 2007 film Superbad – which, coincidentally, stars Beanie Feldstein’s brother Jonah Hill – but Wilde’s film stands tall on its own. Its quirky cast of characters, along with its breakout cast of actors, makes for a unique and surprising viewing experience with a heartfelt message at the core of the story.

The uplifting film makes excellent use of its funky, energetic soundtrack, accentuating comedic moments, intensifying the more emotional ones, and keeping things lively.