Then And Now: Mad Max Original Compared To Fury Road 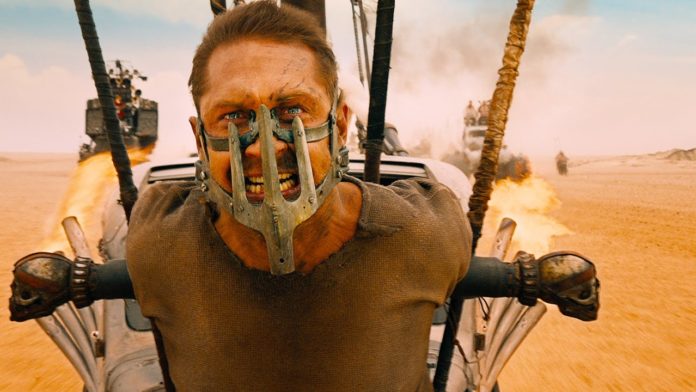 While the original Mad Max film and its most recent sequel Mad Max: Fury Road, look and feel like completely different movies on the surface, they are actually a lot more similar than you think.

Even though Mad Max and Fury Road are told from two different people’s perspectives from two different places, the story remains essentially the same between the two films. The original see Max seeking revenge on a bloodthirsty gang that killed his loved ones and left him with almost nothing, while Fury Road is about Furiosa taking revenge on a ruthless cult that has her loved ones imprisoned.

The decision may have been taken due to the first Mad Max film’s relative success compared to its sequels before Fury Road. While the original brought in over $100-million at the box office, each of the subsequent two films only managed around $36-million. The original film also spawned the franchise that Mad Max would become, including the novelization of the first three films published by QB Books and the creation of a limited comic book series by George Miller, Nico Lathouris, and Mark Sexton in 2015.

Mindscape Inc also created a survival game for the Nintendo Entertainment System (NES) based on Mad Max 2 and was working on a second game before they lost the license and had to rename it Outlander to avoid legal issues. This was followed by the 2015 open-world video game created by Avalanche Studios for console and PC that received rave reviews. There is even an official Mad Max: Fury Road slot game at some of the best casino sites, such as 888 Casino.

Even though the narrative between the first and most recent Mad Max movies is similar, the films remain distinctly different because the first is Max’s story, while in Fury Road, he is more of a vehicle through which the director could tell Furiosa’s story. Interestingly, both films feature very little dialogue, which sets them apart from the two sequels.

The two films are set in vastly different times in history. Society in the original Mad Max had not yet collapsed completely. There is no doubt it is well on its way to collapse, but the first film introduces viewers to a Max that is still officially a lawman trying to bring some semblance of order to his immediate surroundings, at least in the beginning. By the time Fury Road rolls around, there is no pretence at civilized society left, it’s all just brutal barbarism where might is right, and strength is leadership.

This also leads to a key difference in how the two films play out. Furiosa is trying to right a wrong and takes revenge on behalf of someone else; in the original, Max is just trying to get back at people who did him wrong. He has no interest in making the world a better place. He just wants revenge, whereas Furiosa wants to do what is right.

It is an interesting and underrated juxtaposition between the two because where there was the hope of maintaining order in the original, Max doesn’t care and is solely focused on the task he wished to accomplish. In contrast, in Fury Road, where there is almost no hope of a return to civilized society, Furiosa is trying to do what is right, hoping to fix a problem she could easily ignore and move on from.

The final major link between the two movies is Hugh Keays-Byrn. The British-Australian actor and film director played the monstrous villain’s role in both the original Mad Max and Fury Road. However, he did not play the same character, and it is very interesting seeing how expertly he pulls both roles off. Immortan Joe, the antagonist of Fury Road, is a much more successful gang leader than Toecutter from the original, having been able to assemble some form of a city in the shape of the Citadel. Still, both are equally powerful, dangerous, and frightening in their own ways.

Ultimately, both films are fantastic in their own right and are more than deserving of your time if you haven’t watched either or even both. There is a good reason the original film launched a successful franchise, and the visuals hold up surprisingly well today, considering it is a 41-year old film in 2021.