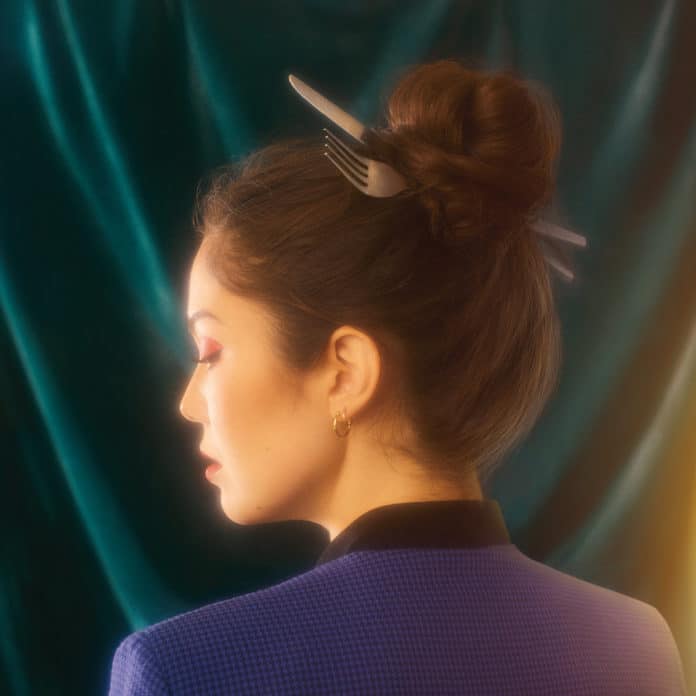 “If you ask me where I’m from,” Chris Lee-Rodriguez sings a little over halfway into Really From’s self-titled album, pausing to let the dust settle around him: “I’ll say the rage, the lights the sea/ I’ll say the pain passed down on me.” It’s a striking moment of clarity and self-actualization on the Boston quartet’s latest record that directly addresses the question that’s implied in their new name and that’s often aimed at its mixed-race members: “Where are you really from?” Yet the co-lead singer and guitarist’s voice initially sounds almost unaffected on that song, which is called ‘I’m From Here’, the hummable melody undercutting any potential for catharsis and instead embodying the following thought: “And when you say it’s not enough/ I will pretend it won’t get to me.”

It’s then that the energy shifts: the rest of the band – synth bassist and vocalist Michi Tassey, trumpeter Matt Hull, and drummer Sander Bryce – come back into the fore, conjuring a whirlwind of an instrumental that serves as a visceral release of tension. So the second time Lee-Rodriguez arrives at that refrain, he screams at the top of his lungs as if no longer willing to mask his frustration. The track then breaks into an odd time signature before a chorus of voices repeats a mantra equal parts celebratory and haunted: “I’m from here, I swear/ I’m really from here.” Playing with convention is one of Really From’s key strengths, but ‘I’m From Here’ also epitomizes the group’s ability to take familiar indie tropes and give them weight, augmenting their typically intricate song structures with equally complex subject matter.

The band’s effortless fusion of emo, math rock, and jazz will appeal to fans of any one of these genres, but what makes their music so resonant and compelling has less to do with their penchant for blending musical traditions than the way they combine their own individual voices. Really From brims with personality – something many “genre-melding” and technically proficient acts often lack – not just because of its honest and potent exploration of cultural identity, but also because its members harness the spirit of collaboration in ways that bring out rich and distinct flavours while maintaining an overall sense of fluidity. That openness bleeds into both the album’s musical arrangements and its lyrics – as they’ve discussed in interviews, Tassey and Lee-Rodriguez don’t just trade vocal duties; they also go through the delicate process of co-writing the songs, inviting the listener into that shared and vulnerable space.

‘I’m From Here’ might be the album’s most memorable highlight, but it’s far from its only outstanding moment. Even seemingly conventional cuts like ‘Quirk’ burst with colour and detail as Lee-Rodriguez and Tassey grapple with the weight of intergenerational trauma, casting a shadow over the track’s elegant, relaxed instrumental flourishes. ‘Try Lingual’ offers a vivid account of struggling to communicate in their parent’s native tongue, and in doing so, adopts the universal language of self-blame: “I listen hard to what you say/ Each word begins to sound the same/ The sounds, the words, the goddamn shame.” The dynamic interplay between Hall’s lush trumpet and Bryce’s jazz-inflected drumming is evident early on with ‘Apartment Song’, the album’s exploratory opening track, while the brief instrumental ‘Last Kneeplay’, which consists of just trumpet and classical guitar, showcases the band’s more minimalist tendencies.

Their third LP following 2017’s Verse, Really From is less of a stylistic pivot than an apt distillation of what the band has always stood for, propelled by a newfound confidence that bolsters their unique artistic vision. The album may not offer any clear-cut resolution, but in reflecting back a sense of earnestness and candor, almost eliminates the need for it. Things only get darker from ‘I’m From Here’, but shedding all the extra layers of sound on the acoustic closer ‘The House’ has an almost cleansing effect, despite the damning nature of the lyrics (“Mom and Dad/ They told me separately/ They come from different parts/ So what does that make me?”) Expanding their musical scope might be the only way for Really From to express their unbound creativity, but the true power of their music lies in untangling the chaos that’s buried underneath.

Album Review: Really From, 'Really From'“If you ask me where I’m from,” Chris Lee-Rodriguez sings a little over halfway into Really From’s self-titled album, pausing to let the dust settle around him: “I’ll say the rage, the lights the sea/ I’ll say the pain passed down on me.” It’s...