16 Best Songs Featured in I Am Not Okay With This 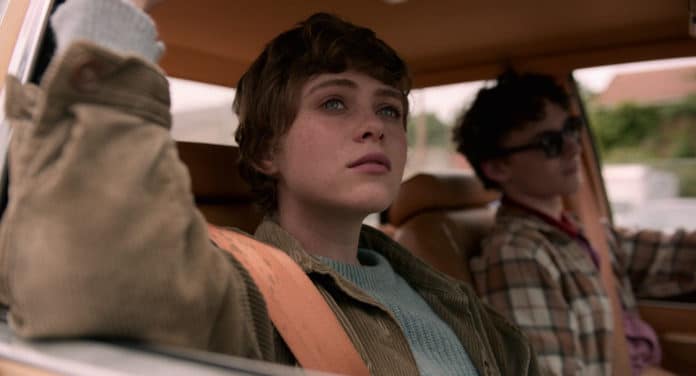 Music is an important part of what gives Netflix’s I Am Not Okay With This its unique anachronistic feel. The series is set in the present day, but the characters wear throwback outfits and drive vintage cars. The soundtrack adds to the timeless atmosphere and makes it feel like a mix of Stranger Things and The End Of The F***ing World – which is exactly what it is. The show was produced by creators of both these hit series, bringing the best of each to give the angsty Sydney Novak (Sophia Lillis) a comedy-fuelled supernatural story.

Lillis stars alongside Wyatt Oleff, who plays the awkward Stanley Barber. After discovering Sydney’s supernatural abilities, Stanley decides to become her mentor while also pursuing her romantically. She, however, is more interested in her best friend Dina (Sofia Bryant). Dina is dating jock Bradley (Richard Ellis), a relationship Sydney doesn’t understand. Her frustration and anxiety about the distance forming in their friendship – and the pressure of keeping her new supernatural secret, as well as hiding her true feelings for Dina – manifests themselves in bursts of telekinesis.

The show doesn’t take itself too seriously, relying on its wry sense of humor to dilute the drama. The lead characters, angsty as they are, are true to their age in the way they speak and react to things. Stanley likes to discuss comics – where he hopes to find more information on how superpowers manifest – and music. He brings up the band Bloodwitch and when Sydney says she hasn’t heard of them, he makes her listen to their music.

Bloodwitch is technically fictitious, although singer Tatyana Richaud teamed up with Graham Coxon of Blur to record an album just for the series. Like most of the other songs featured in the show, the album is nostalgic and perfectly matches the show’s setting and tone.