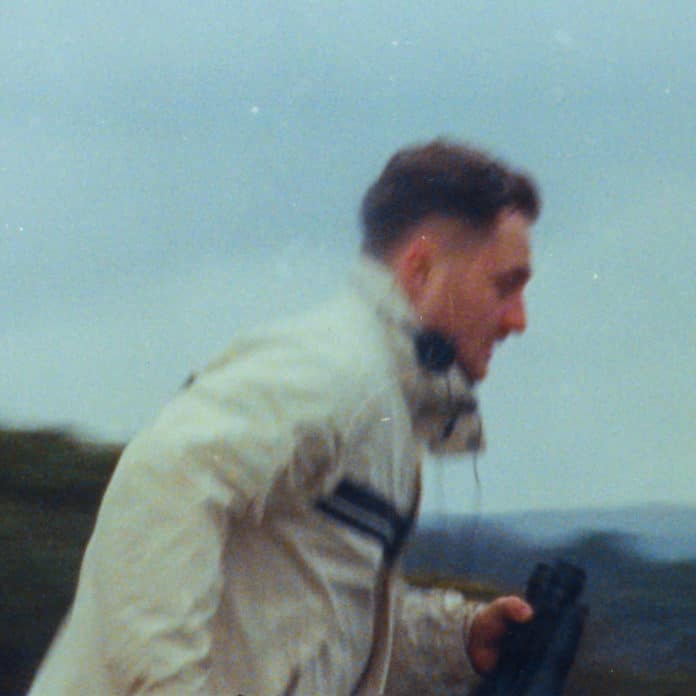 Maxwell Byrn, Australian singer-songwriter better known under the moniker Golden Vessel, has developed numerous mellifluous projects since he entered our radar, most prominently his 2020 album colt which featured such tracks as ‘that’s us’and ‘midwest’ — to name a few. At Our Culture, we are proud to premiere Golden Vessel’s latest song, ‘getforward.’

‘getforward’ is an intricate ten-minute song co-written with several of his friends, The Nicholas, Emerson Leif and Japanese Wallpaper. It’s accompanied by a short film shot in the deserted streets of Lymington, England, by Australian video director Harry Deadman who also worked on music videos for ‘Less~More,’ and ‘MOONSTONE.’

Giving us more insight about the piece Golden Vessel said: “I noticed that especially in the last year I’d been gravitating to songs with longer run times that made a nice accompaniment whilst I was cooking or driving or staying calm throughout last year. I decided I wanted to try my own take on creating something that was longform but simple. I started ‘getforward’ from some Tascam-tape recordings that my friend Rutger (The Nicholas) sent me while I was on a writing trip in northern NSW. After forming the song, I sat down with another good friend of mine Caleb (Emerson Leif), and we wrote the chorus for the song. It was exciting to make something that had room to breathe, and I decided I wanted it to be perfectly 10 minutes long. I then got Japanese Wallpaper to record some final details on the song to help finish it off. It’s pretty simple but lyrically it boils down to just trying to be present and not get carried away with future thinking so much.”

Watch the music video for ‘getforward’ below before its release tomorrow.