The Impact of Video Games on Culture 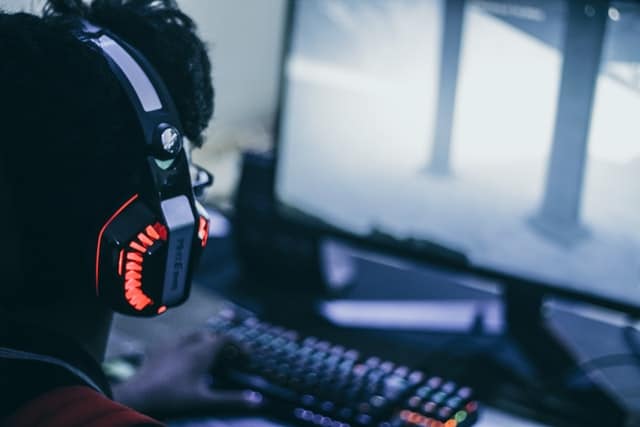 Video games are not just a matter of fun and entertainment. Although the first reaction is always pointed at children, teenagers, and younger adults, gaming actually has a much wider reach and overall cultural influence.

It has become a social concept that makes a huge impact on the way people perceive the world around them. Video games have started influencing different aspects of our lives, from daily communication to lifelong learning.

As such, gaming makes a profound impact on the global culture and it deserves to be properly analyzed in a well-structured article. Our goal is to determine the influence of video games on culture, so keep reading to learn more about the correlation between these two phenomena.

The topic we are writing about may seem simple at first, but let’s stop for a moment and think about the concept of culture. Do you know what it really means and implies? In order to help you understand the topic clearly, we need to explain it thoroughly.

By definition, culture represents an integrated pattern of human knowledge, belief, and behavior that depends upon the capacity for learning and transmitting knowledge to succeeding generations. It is only one among many definitions, but it comes down to the following factors:

Culture clearly has an overwhelming influence on the world around us, while video gaming remains one of its major contributors.

The Current State of Video Gaming

If we want to analyze the impact of video games on culture, we need to know just how big the gaming niche really is. First of all, we have to say that gaming is a gigantic business that covers everything from £5 min deposit casinos and online bookies to arcade games and the latest VR titles. In other words, gaming encompasses thousands of games in dozens of niches.

Secondly, the number of gamers worldwide is growing steadily. According to the report issued by Statista, there were over 2.7 billion gamers around the globe in 2020. It doesn’t mean that each of these gamers is playing video games every day, but that doesn’t matter – it all comes down to the fact that one-third of the world’s population is interested in video games.

This basically means that gaming directly influences at least one-third of the global population, but it has a profound effect on other people as well thanks to its all-around cultural impact.

How Does Gaming Influence Our Culture?

We’ve seen the definition of culture and presented a brief overview of the video game market, but now it is time to discuss the practical impacts gaming has on our culture. We pinpointed a few important features here, so let’s dive straight into the subject.

This may seem a little too obvious at first, but let us explain it to you. Once upon a time, parents would tell their kids to go out and play. Fast forward to 2021 and you’ll realize that video games totally changed children’s playtime habits. Instead of going out and spending time with friends in the real-world environment, a lot of kids are staying home and playing video games instead.

Video games have become so popular that they started influencing other types of media. You can now watch many movies based on fictional video game characters such as Lara Croft, Hitman, Sonic the Hedgehog and so on. Bands and musicians are regularly composing songs and entire albums for video games, while TV series follow the trend with game-like shows such as The Guild.

Gaming makes a serious impact on socialization, but it represents somewhat of a double-edged sword. Firstly, it is clear that video games help kids socialize over the Internet because gamers share the same passions and interests. On the other hand, hardcore gamers often neglect real-world socialization and rarely ever see the light of day. It’s a big issue in the 21st-century culture, but it’s hard to determine the winner in the match between positive and negative socialization effects.

A typical gamer is highly competitive because he is used to giving his best. This makes video games similar to casinos with no deposit bonus codes – everybody who starts playing is eager to make the most of the game. The gaming universe is highly competitive and it is becoming a part of our everyday culture.

Massive multiplayer online games are the most important segment of the gaming market and they impact the way people communicate, too. The point is that team members have to maintain regular communication while playing, so they use all sorts of channels and communication models. For instance, they exchange messages via live chat and use webcams to establish face-to-face communication in the digital environment. This type of communication quickly spread outside video gaming and became a regular tool in everyday human interactions.

Finally, video games make a substantial impact on learning and education. Developers now create tons of games with the goal to help kids learn something new in a more entertaining and engaging way. This makes a beautiful addition to the field of education and we expect to see more of the same trend in the years to come.

Video games have traditionally been associated with kids and teenagers, but the whole phenomenon earned much broader attention due to its improbable impact on the global culture. But culture is an all-encompassing concept, so we had to analyze the influence of gaming on culture from different points of view.

Of course, this is not the end of the discussion, but rather an invitation for all of you out there to join the topic and share your opinions and ideas in the comments section. We are looking forward to hearing from you!

Chris Bell is a worker of Gamblizard who lives and breathes sports betting and online casino games. He is a gaming expert and knows pretty much everything about slots. He writes blog posts about virtual gambling, but his true passions are literature and classical music.

eSports Around the World

How do wedding planners help clients save?

Online Gambling Mistakes That You Should Avoid