Top 8 Car Movies of all Time 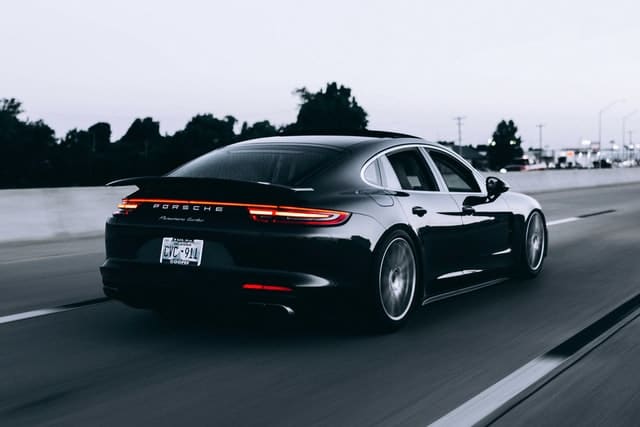 Whether you like to drive cars or to look at them, we all love a good movie about cars. Hollywood is full of action-packed movies, so choosing the top car movies should be easy right? Well, we’ve made it easy with this list. If you’re looking for a movie to watch with your boyfriend, or if you wanna expand your film knowledge, here are our top 8 car movies of all time.

Let’s start from the beginning. What makes a movie a car movie and not just a movie with cars? To make a car movie, the cars need to be more than just vehicles for the main characters. In car movies, cars are integral to the plot, aesthetic, period, or design. There are also lots of subgenres car movies can fall into. Action, animation, biopic, musical, you name it! If there’s a genre out there, there’s a good chance that there’s an excellent car movie in it too! So let’s dive into our recommendation for the top 8 car movies of all time!

The Fast and the Furious: Tokyo Drift

If you’ve heard of cars, and you’ve heard of movies, unless you’ve lived under a rock, you’ve heard of The Fast and the Furious franchise. This 2006 classic is the third of five installments of the popular series that earned millions at the box office. Although not critically acclaimed, the movie and series do have a cult following. What this movie makes lacks in CGI and graphics, it makes up for aesthetics, soundtrack, and action. It was also one of the first mainstream blockbusters to introduce the west to Japanese car culture, rightfully deserving a place on this list.

The next movie on this list is Rush. This film captures the rivalry between two famous and skilled Formula One racers and their battle to out-do each other in the 1970s. It’s an action-packed drama that explores just how much people are willing to go to achieve success. The drama and rivalry are a perfect addition to the sheer amount of beautiful, fast cars present in this film. If the subject matter or the cars aren’t enough, Chris Hemsworth is also a main character. If you’ve gotta sit through a car movie with your boyfriend, this is your best bet.

The Blues Brothers is a peculiar yet noteworthy addition to this list. This 1980 masterpiece does a fantastic job of blending otherwise incompatible genres. If you’re a fan of blues and soul, police car chases, and huge explosions this is the movie for you. Thank goodness it’s a movie and not real life because these two brothers might need a Columbia Car Accident Lawyer, with the amount of chaos they cause. Weaving soulful blues, high-speed car chases, and saving an orphanage is a tall order, but The Blues Brothers manage it so well.

The next entry on this list is a classic. This 1971 film is about a man who comes across a truck driver in the desert on his way to a business meeting. The truck driver turns out to be a psychopath who decides to pursue and kill him. Duel is Steven Spielberg’s first feature-length film which should bump it up on your watch list if you’re a cinephile. Harsh desert aesthetics, suspense, and classic cars, this movie has it all. Duel is an engaging story about the desperate attempts of a man trying to escape from a deadly, hellbent maniac in a huge truck.

Ford vs Ferrari may be the newest movie to come out on this list, but it has more than deserved its place. This star-studded Formula One-Esque biography directed by James Mangold came out in 2019. It is the perfect blend of truth, action, and drama. It tells the story of an American car designer and a race car driver, teaming up in a near-impossible task. The task in question is to create a revolutionary car that will beat Ferrari at the 1966 race in France. The film takes great care to show their real-life hard work and dedication and is a love letter to car racing.

The next entry is another literal wild card. 2015’s Mad Max Fury Road, directed by George Miller, is the latest acclaimed installment of the Mad Max saga. Fueled by gritty, post-apocalyptic scenery and politically charged themes, this movie is a masterpiece. It follows a drifter named Max who accompanies a gang of female prisoners, led by Charlize Theron’s character, in their search for a better life. The movie is gorgeous and a majority of the high-energy action takes place on larger-than-life vehicles, racing through the desert. If you haven’t seen the previous two installments, this one deserves a spot on your must-watch movies list.

If you’re a fan of heist movies, Baby Driver 2017 is one to watch. This Edgar Wright film takes a unique angle for a heist movie, by making the soundtrack a main character. The movie follows a reluctant young getaway driver who gets involved with a local crime boss. Against his better judgment, he takes part in a heist that is doomed to fail. A star-studded cast, stellar soundtrack, and action-packed car chases made this movie a must-watch. The action in this movie is fresh and upbeat. The suspense and tensions rise along with the score as the main character struggles with the increasing danger he finds himself in.

For the last entry on this list, we’ve decided on maybe the greatest car movie of all time. Bullitt, directed by Peter Yates is a 1968 action crime thriller that is as filled with gorgeous classic cars as it is filled with riveting chases. It tells the story of a no-nonsense cop who tries to take down a notorious local mob boss while keeping his informant safe. The cop in question is played by non-other than Steve McQueen: the original cool, tough, car guy. The high-speed chases are legendary and the cars are timeless. Bullitt is a cult classic and it’s the reason why we love Mustangs and fast cars.

There you have it! Whatever genre you prefer, there’s a fantastic movie out there for you. The best car movies find a way to combine great cars and chases with good stories, scores, and suspense. So grab your popcorn, open up your Netflix and enjoy!