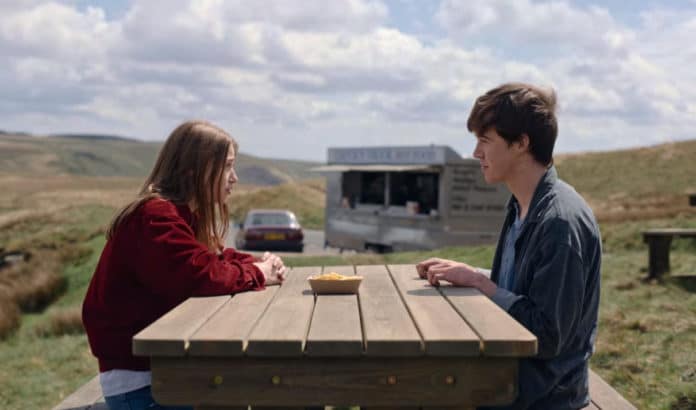 Based on the comic by Charles Forsman, The End Of The F***ing World is a Channel 4 television adaptation, initially conceived as a limited series. After the first season’s success on Netflix, a second season was released to positive reception, even though the story could have been left open-ended at the end of season 1.

The show follows Alyssa and James, two British teens, as they run away from home together. Alyssa is angsty, snappy, and empowered, while James is shy, tight-lipped, and awkward. He’s also convinced that he’s a psychopath. Alyssa, meanwhile, is convinced that she’s falling in love with James.

They decide to leave their dysfunctional families and embark on an escapade across the UK, which involves exploding cars, sexual assault, gas station robberies, estranged relatives, and fleeing the cops. Despite the serious issues the show tackles, it always finds room for comedy, gruesome though it may sometimes be. The old-timey soundtrack is often used to heighten comedic moments or juxtapose violence against mundane settings and unlikely protagonists.

Though it’s set in the present day, the nostalgic soundtrack gives the show a unique tone. Many of the songs come from The End Of The F***ing World (Original Songs and Score) by Blur’s Graham Coxon.