Adidas Announces Another Eco-Friendly Collection with Parley for the Oceans 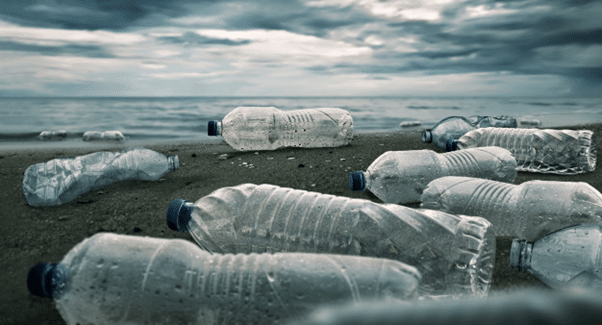 Sustainability is essential if we want the future generations to inherit a fairly healthy planet. The reports we constantly hear and read about are not very optimistic and we have clearly wasted a lot of time. It is time to act, and act fast. In the past few years the footwear company Adidas has been in the frontline to raise awareness on the importance of sustainable growth. Specifically, Adidas has become a partner of the environmental organization Parley for the Oceans, and has started taking valuable steps towards building a better future for the oceans.

The partnership between Adidas and Parley was announced on Earth Day in 2015. That same year they unveiled the Ultra Boost prototype shoe made from reclaimed marine plastic waste. Yarns and filaments recycled from ocean waste and from poachers’ fishing gear and nets were used to produce this amazing concept shoe. It took just six days to make the shoe, which can act as a symbol of oceans protection and conservation. If you are interested in the Ultra Boost Adidas shoe, Foot Locker is usually the online store to keep in mind for footwear. You could buy a pair at a very reasonable price with this fantastic Footlocker discount code.

Adidas and Parley for the Oceans have worked hand in hand to inspire action and raise awareness about marine plastic pollution. In 2017, they jointly launched Run For The Oceans, an initiative that aims to create true change and unite people all over the world. The collaboration between Adidas and Parley for the Oceans has recently reached a new step, as they have just announced a new collection of weather-resistant outerwear. It has been available worldwide since 15th April.

Each item is made with recycled marine waste collected from remote islands, beaches and coastal communities. The collection is crafted with specific outdoor performance functions. The main piece is FreeHiker Parley: it’s a sneaker conceived for long distance hiking on trails with gradual elevation. 75% of the textile is Primeblue yarn (a high-performance recycled material containing 50% of Parley Ocean Plastic) and no virgin polyester is featured. MyShelter Parley is instead a lightweight, breathable and fully waterproof rain jacket that can be used for everyday life. It is made with Primeblue as well. T-shirts, shorts, hoodies and wind jackets are part of the collection too.

Adidas plan in conjunction with Parley for the Oceans is part of what they call the “Three Loop Strategy”. The first step is to make products with recycled materials, such as Primeblue and Primegreen performance fabrics. The second step is to produce articles that can be remade into new ones once they have been worn out. The final step is to put on the market products that are made with renewable resources and natural processes. The ultimate eco-friendly goals are to use only recycled polyester by 2024, to reduce their carbon footprint by 30% by 2030 and to be fully climate neutral by 2050.

Here is a statement by Brian Grevy, Executive Board member, Global Brands at Adidas: “For decades our industry has been part of the problem and contributed to the plastic pollution in the world. Since we have realised our role in this, we have started to implement sustainable solutions with the ultimate goal to end plastic waste”. And again: “Time is against us. We push harder, with more focus, and also work together with like-minded partners to overcome technological and economic challenges to accelerate meaningful progress”.

The proactive stance that Adidas has taken in partnership with Parley for the Oceans is indeed admirable. Eco-innovation is paramount and their actions are necessary to promote sustainable production processes at a time when the ecosystem of our planet is being disrupted. Every year 350 million tons of virgin plastic are produced, which then break down in micro-plastics that scatter across the globe if they are not intercepted. The most remote places on earth – such as the depths of the ocean and the mountains highest peaks – are being polluted at an unacceptable rate.

Plastic pollution is a threat to marine species, which end up ingesting or being entangled by plastic debris. It contributes to climate change, it is a threat to food safety and quality and therefore to human health. Recycling plastic materials is one of the most effective actions that can be taken to reduce the environmental impact caused by plastic pollution. Adidas and Parley for the Oceans are working towards this goal. Research and innovation must be supported. To learn more about the negative effects of marine plastics, an issue brief has been released by the International Union for Conservation of Nature (IUCN).