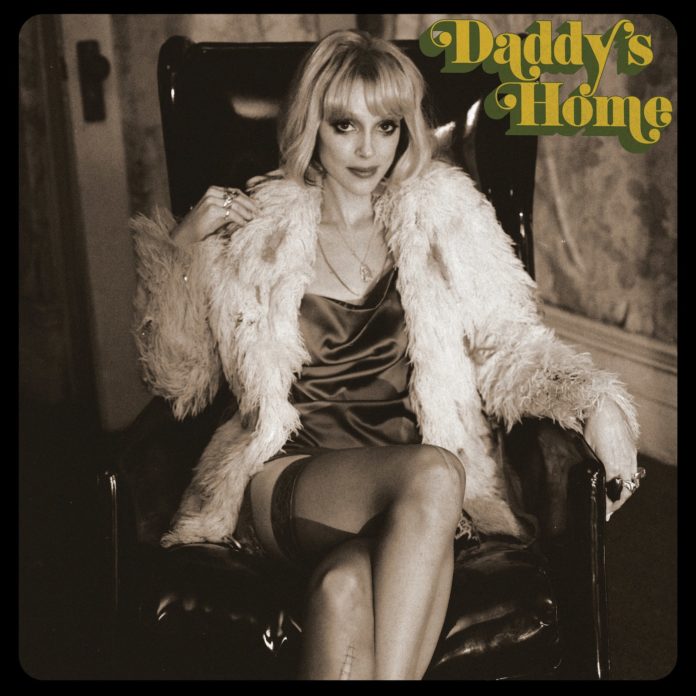 When St. Vincent began teasing her new ‘70s-inspired record, there’s a reason people didn’t find her latest stylistic shift all that surprising. The artist otherwise known as Annie Clark had already taken somewhat of a left turn on her 2017 meta-pop album Masseduction, and besides, futurism doesn’t fall too far from retro pastiche: though critics tend to discriminate against the latter, both aesthetics rely on the kind of meticulous vision that Clark has mastered ever since her 2007 debut Marry Me. Whether looking to the past or offering a glimpse into the future, what mattered was less which direction St. Vincent’s sound was heading at than her ability to inhabit a world that is uniquely her own, one that’s always been rendered with razor-sharp precision and clarity. While her career has been defined by a rotating cast of intriguing personas, their complexities were grounded in emotion even if they often appeared cold and removed: she’s one of the few contemporary artists who can effectively balance a flair for innovation and oblique storytelling with a pop sensibility.

By the time 2013’s St. Vincent was released, in fact, she’d become so good at it that it was difficult to imagine her once more reinventing – or redefining – her sound. Her most vulnerable effort to date, Masseduction was then a smart and slyly confrontational move; it only made sense that she later reworked it into the stripped-back MassEducation, further exposing the hollow darkness behind the facade. And so perhaps Daddy’s Home would be the necessary antidote to the high-minded and maximalist tendencies that have so far flooded her output, an attempt to loosen things up and showcase the playfulness that has always belied her music while paying homage to the artists that have influenced her. It’s tempting to compare the album to Lana Del Rey’s recently released follow-up to 2019’s Norman Fucking Rockwell!, not just because it also sees St. Vincent reuniting with super-producer Jack Antontoff, but because they both offer explorations of unconventional womanhood while exuding a certain reverence for the past; Clark may not go as far as to close the album with a cover of a Joni Mitchell song, but she does reference the legendary singer-songwriter directly on ‘The Melting of the Sun’, a love letter to the female artists who came before her.

But though an air of nostalgia does pervade the album, Clark’s vision is as bold and fully-realized as ever, partly because the inspiration behind it is so specific and overtly personal: the musician began work on Daddy’s Home after her father’s release from prison following a near-decade stint for financial crimes – something Clark addresses in her lyrics – and its sound is apparently inspired by his record collection. The era from which she pulls has been made explicitly clear: early-to-mid 1970s New York, after the “flowers-in-your-hair idealism of the flower children” but before “the escapism and ecstatic excess of gay disco or the nihilism of punk.” Both conceptually and sonically, Clark and Antonoff nail the sleaze and druggy glamour of the city during that time period: this is an album dripping with funk synths, psychedelic riffs, and soulful backing vocals, all coalescing around incisive character sketches that find Clark grappling with her personal and artistic lineage: “Me, I never cried/ To tell the truth, I lied,” she sings on ‘The Melting of the Sun’, a self-aware wink as ambiguous as it is revealing.

Since Daddy’s Home doesn’t really fail in concept or execution, it’s hard to pinpoint exactly why it’s less effective than her previous work. While some might argue the album is bogged down by its own aesthetic, I’d say it’s more to do with a certain lack of tension: There’s always been a cloak of artificiality surrounding St. Vincent, but no matter what costume she put on, there was a sense of anxiety and despair simmering beneath the surface. Here, Clark doesn’t always manage to counteract her emotional distance with the kind of dynamic arrangements and production that would threaten to break its slick veneer: While her frenetic vocal performance on opener ‘Pay Your Way in Pain’ makes the single an early highlight, her theatrical affectations on a track like ‘My Baby Wants a Baby’ do more to suffocate any potential impact than enhance its melodrama.

Daddy’s Home is at its best when St. Vincent injects her own personality into the songs: the infectiously groovy ‘Down’ feels like a natural step forward from Masseduction, reaching for the same immediacy but filtering it through different stylistic touchpoints. ‘Live in the Dream’ clearly nods to Pink Floyd’s ‘Us and Them’, but its sprawling atmosphere gives way to something ever so slightly more unsettling, and Clark makes sure the album’s only guitar solo is a memorable one. Yet especially as the record settles into its more relaxed second side, St. Vincent seems less interested in recasting those reference points through her own lens: As with every one of her albums, there are some fascinating layers and contradictions to be found on Daddy’s Home, but Clark commits so fully to this image of mythical perfection that she almost forgets to peer through it.