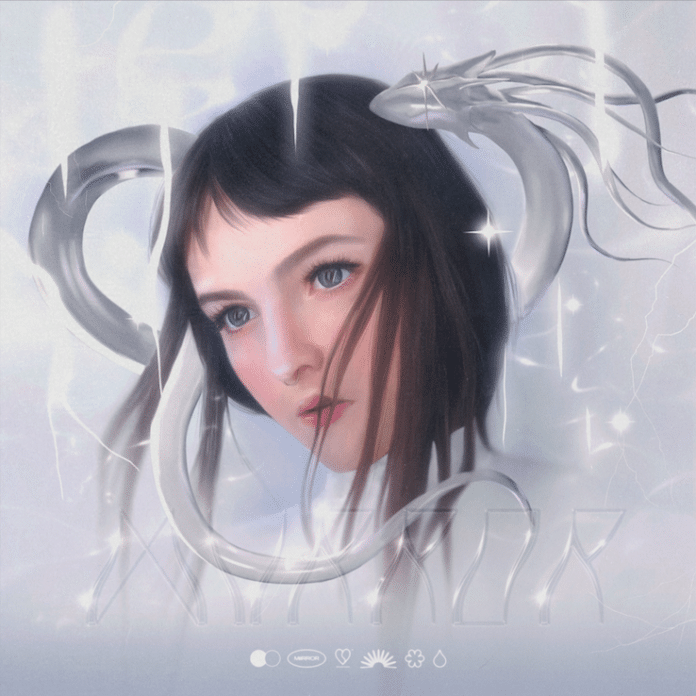 The title of BABii’s debut album, 2019’s HiiDE, might at first have seemed like a contradiction. The Margate-based artist arrived with a more fully realized sound and style than most: beyond showcasing her lowercase i-loving aesthetic, the album presented a captivating mix of icy instrumentals, whispery vocals, and the occasional hints of maximalism that would explain her longstanding collaborative relationship with Iglooghost and Kai Whiston. The title might have also alluded to the overarching theme of keeping secrets in a dying relationship, but BABii, whose real name is Daisy Emily Warne, did more than hide behind those futuristic soundscapes; what set her music apart was the kind of emotional vulnerability and poetic earnestness that shone through on intimate moments like ‘STRAY’ and ‘POiiSON’. But there was also a sense that the album’s polished exterior and overall reserved nature served as a sort of protective shield; a sense that she was holding something back.

That doesn’t seem to be the case on her sophomore full-length, MiiRROR, which follows her 2020 EP iii+. Filling out the gaps left by its predecessor, she sets out to convey the full scope of her ambition and establish herself as a dynamic creative force in her own right, not just as a collaborator (in addition to releasing the exhilarating XYZ as part of the GLOO collective with Iglooghost and Kai Whiston in 2019, she also had a hand in Iglooghost’s own sophomore LP Lei Line Eon). Both musically and conceptually, MiiRROR is a step above HiiDE, accompanied by a book, alternate reality game, and audiovisual show immersing the listener in an expansive narrative world that’s rooted in fantasy as much as self-reflection; BABii digs through the wasteland of childhood memory to find it’s filled with imaginary beings – be it majestic dragons or inner demons that never really left – as well as things one might find in a junkyard – strange artefacts, broken glass.

All of these feature in the video for ‘DRiiFT’, the album’s standout opening track, which takes the vague feeling that “something’s missing” and twists it until it cuts to the core. While a sense of anxiety burbled beneath the surface on HiiDE, here its presence becomes jarring, almost ear-shattering. This is where the album, like so many others of its kind, could have crumbled under its own weight, losing sight of the emotional resonance that made BABii’s music unique in the first place. Indeed, the original idea was to have the project be an all-too-literal representation of a mirror by splitting it in half, one side reflecting darkness and the other light. And to an extent, that duality is still present: following ‘DRiiFT’ is the soft, airy ‘BRUiiSE’, which has none of that abrasive energy, while ‘SHADOW’ is the closest she’s come to exuding the confidence of a pop song.

But the album’s strongest moments are those where BABii embodies those chaotic contradictions within a single song, letting them clash against each other in a confined space. When she collaborates with Iglooghost and umru on ‘WASTE’ and ‘HUNTED’ respectively, the experimental textures they help provide hint at the full complexity of the fractured soul she sings about on ‘DRiiFT’. But it’s on the record’s longest and most daring track, the penultimate ‘VOiiD’, that BABii finally sinks into that abyss, and the result – a 9-minute odyssey punctuated by foreboding synths and hypnotic vocals – is utterly mesmerizing. On the other end of that lack, of course, is ‘MOTHER’.

Where BABii’s debut album focused on the dissolution of a romantic relationship, MiiRROR fixates on her difficult, on-and-off relationship with maternal figures and the absence they’ve left behind. Issues around secrecy suggest a common thread: “I don’t wanna be, I don’t wanna be, a secret, do you want to keep me?” she sings on ‘WASTE’. This time though, inspired by her reconnecting with her mother for the first time in 15 years, she confronts those personal struggles with striking directness. On ‘TRACKS’, her typically cold, flat delivery, revolving around a repeated phrase, carries a subtle emotional charge before taking on an accusatory tone: “You left your tracks in the dirt where you left me.” More than a stylistic choice, the ghostly echoes that permeate her music become a haunting evocation of the lingering pain of abandonment.

The musical world BABii inhabits might be one defined by escapism, but few artists are able to combine a knack for world-building with deeply personal storytelling the way she does on MiiRROR. Opening up about her experience in a short personal essay titled ‘Smoke & Mirrors’, she imagines an “alternate reality where I have a mother” that is “carelessly utopian, an eternal bond, a warm touch, a loving understanding,” while at the same time recognizing that her journey “has forever been a labyrinth of bewildering emotions.” At its best, the album mirrors the “hazy ambivalence” of those conflicting impulses, even if it still retains an aura of mystery around the person behind the art. BABii floats about without reaching any clear resolution, but that might be the sound of fragments coming back together at the end of ‘MOTHER’. If there’s still a sense that something’s missing by the end, it at least comes with an understanding that you can’t always find a piece of yourself in someone else’s reflection.

Album Review: BABii, 'MiiRROR'The title of BABii’s debut album, 2019’s HiiDE, might at first have seemed like a contradiction. The Margate-based artist arrived with a more fully realized sound and style than most: beyond showcasing her lowercase i-loving aesthetic, the album presented a captivating mix of icy...