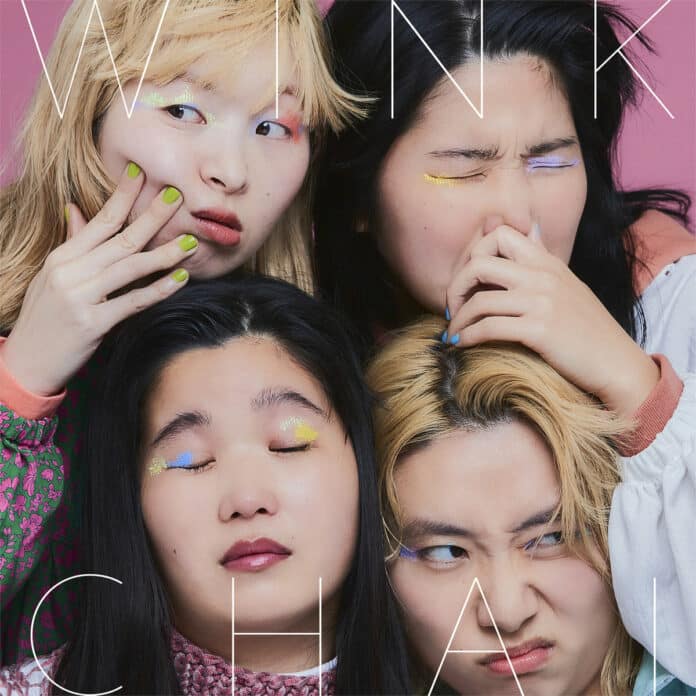 Towards the beginning of Olivia Wilde’s Booksmart, one of the most infectiously brilliant coming-of-age movies in recent memory, the film’s protagonists are struck by the realization that they should’ve spent more time enjoying themselves in high school. They’d assumed their bookishness was a strength, but when they find out everyone who went around partying also got into prestigious colleges, it suddenly hits them that their calculations were flat-out wrong. That CHAI would name one of their songs, ‘Nobody Knows We Are Fun’, after a quote from the movie, might at first seem like an odd choice: surely, no one who’s heard their first two albums or caught them live would accuse them of being overly pretentious. Made up of twin sisters and vocalists Mana and Kana, bassist/lyricist Yuuki, and drummer Yuna, the Japanese band’s music thrives off the kind of joyous, frenetic energy that’s built on the foundations of friendship and self-love.

But the phrase “nobody knows we are fun” is hardly self-pitying; in the film, the task of proving they’re not who their classmates think they are is only a way for the main characters to get to know each other, and themselves, better. CHAI embark on a similar path on their third album and Sub Pop debut, WINK, putting emphasis on the second part of that phase – especially the we (“After the ‘i’ of PINK and the ‘u’ of PUNK – which represented the band’s act of introducing themselves, and then of centring their audiences – they have come full circle with the ‘we’ of WINK,” a press release explains.) Though they’ve already done more than most acts to showcase their genre-defying approach, WINK sees them embracing styles that had only occasionally made it into the mix before – specifically hip-hop and R&B, which they found themselves listening to in quarantine. The result is a mellow, comforting album brimming with bright hooks, bouncy instrumentals, and a homespun warmth coming through the vocals – still irresistibly fun, but in a whole different way.

‘Nobody Knows We Are Fun’ might also the brightest example of the group switching gears, diving into those smoother, silkier tones effortlessly and with finesse. The strutting electro-funk of ‘IN PINK’, buoyed by production from guest artist Mndsgn, is similarly delightful. The charming playfulness that characterizes CHAI is all but gone: on tracks like the 8-bit dance cut ‘PING PONG’ featuring chiptune group YMCK, the colourful instrumental and CHAI’s animated vocals help pick up the pace on an otherwise chilled-out album. Even at its most serene, though, WINK radiates with expressions of joy that are as powerful as they are uncomplicated: their love of food can be a source of fulfillment (‘Donuts Mind If I Do’, ‘It’s Vitamin C’) as well as a means of empowerment and body positivity (‘Maybe Chocolate Chips’). ‘KARAGEE’ might be the most endearing song comparing romantic tenderness to the enjoyment of an animal-based meal that’s ever been written by someone who’s since stopped eating meat.

It’s as easy to miss the frenzied unpredictability of CHAI’s earlier material as it is to revel in the pure sweetness of WINK. Though it loses some of its spark on the second half, the album still showcases a band being unapologetically themselves, and having a ton of fun doing it. Some of the simple pleasures they celebrate may be ephemeral, but like these songs, that’s partly what draws you to return to them again and again. And like the schoolgirl duo at the center of Booksmart, it’s the band’s chemistry that ultimately shines through the most: not only do they make it clear that there’s more than one side to them, but they make you feel part of that we, too. Thousands of listeners may already be aware of their coolness – the band’s or their own – but CHAI insist more people should join the party.

Album Review: CHAI, 'WINK'Towards the beginning of Olivia Wilde’s Booksmart, one of the most infectiously brilliant coming-of-age movies in recent memory, the film’s protagonists are struck by the realization that they should’ve spent more time enjoying themselves in high school. They’d assumed their bookishness was a strength,...