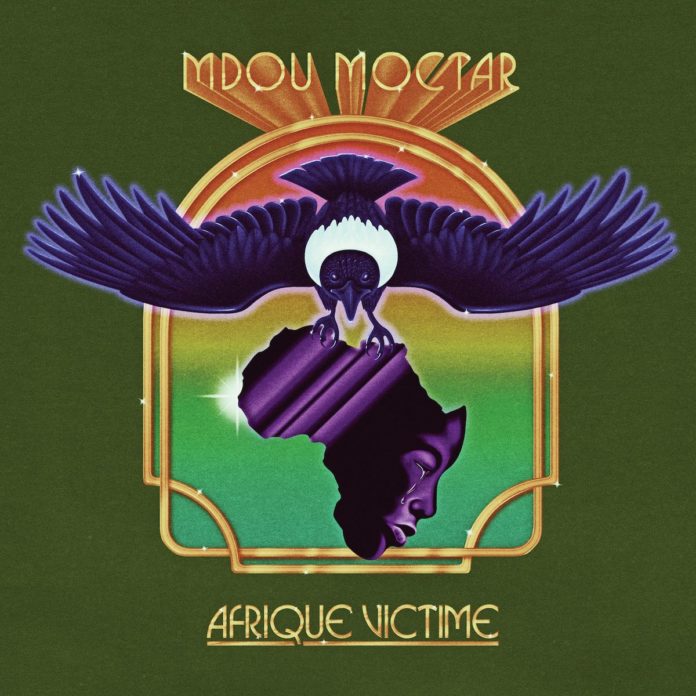 Mdou Moctar’s music burns with the kind of intensity that can hardly be contained by arbitrary distinctions. “I don’t know what rock is exactly,” the Tuareg guitarist has previously said, though it wasn’t so much a comment on the genre itself as an unpretentious attempt at drawing attention to the style he actually plays, which can be described as a fresh take on North African assouf, or desert blues; guitar music built on repetitive chord structures, frenetic energy, and psychedelic textures that, through Moctar’s framing, won’t sound entirely unfamiliar to Western ears, even if it shares few of rock n’ roll’s symbolic traits. Raised in a small village in central Niger, Moctar assembled his first guitar out of wood and bicycle cables, and his recent material is influenced both by guitar legends like ZZ Top and Eddie Van Halen – whose tapping style he only recently became acquainted with – as well as the African artists he grew up listening to, including Abdallah Ag Oumbadougou, whose infectious, electric performances originally inspired him to pick up the instrument.

It’s no surprise, then, that his music seeks essentially to achieve the same effect Oumbadougou had on him when he first attended one of his concerts as a child. For all its electrifying, sometimes chaotic energy, it’s above all fuelled by the communal forces of joy, hope, and love, designed to make people dance and chant along, or at least stare in awe at Moctar’s fiery guitar heroics. But whichever tradition you choose to trace it back to, it’s clear Moctar is offering his own spin on it, continuously reinventing himself with each release. His music was originally distributed through Bluetooth swaps between cell phones; one of his songs landed on the Sahel Sounds compilation Music From Saharan Cellphones, and after a series of releases for the Portland, Oregon label – including 2019’s breakout Illanana (The Creator) – Afrique Victime is his sixth full-length album and first for famed indie label Matador.

Moctar’s growing international audience has never been a cause for distraction, though, and he and his band – comprised of rhythm guitarist Ahmoudou Madassane, drummer Souleymane Ibrahim, and Brooklyn-based bassist and producer Mikey Coltun, who travels days just to rehearse with the others – continue to refine their approach on Afrique Victime, tightening its predecessor’s full-band sound without scarifying its spontaneity and live dynamics. The result is raw yet accessible, tapping into something primal and elemental while sounding quite unlike anything you’ve probably heard in a while. Its main strength is not originality as much as a heightened sense of control: while previous Mdou Moctar albums have pushed boundaries, Afrique Victime brings a new dimensionality to the band’s explosive sound, fusing the guitarist’s various sonic touchpoints while allowing other elements to take more space in the mix. The juxtaposition of organic and electronic textures in particular – atmospheric field recordings on one hand, drum machines and AutoTuned vocals on the other – simultaneously gives the album an earthly and surreal quality.

If the word “incandescent” can be used to describe most of Mdou Moctar’s catalog, Afrique Victime takes things a step further as it reaches moments of transcendence. ‘Chismiten’ is a striking introduction to the album, showcasing both the immediate, propulsive nature of Moctar’s music and the fluidity of his guitar playing. Not many tracks on the album build the way this song does – cuts like ‘Tala Tannam’ and ‘Layla’ are romantic, stripped-back meditations by comparison – though the epic title track is an obvious exception. Stretching out over 7 minutes, the album’s clear centerpiece finds the band at their most raucous while delivering a potent condemnation of colonialist violence: “Africa is a victim of so many crimes/ If we stay silent, it will be the end of us.” Even when he isn’t addressing these issues directly, there is a palpable sense of urgency and aliveness to Mdou Moctar’s music that not only speaks to the spirit of the people behind it but resonates far beyond.