Album Review: The Go! Team, ‘Get Up Sequences Part One’ 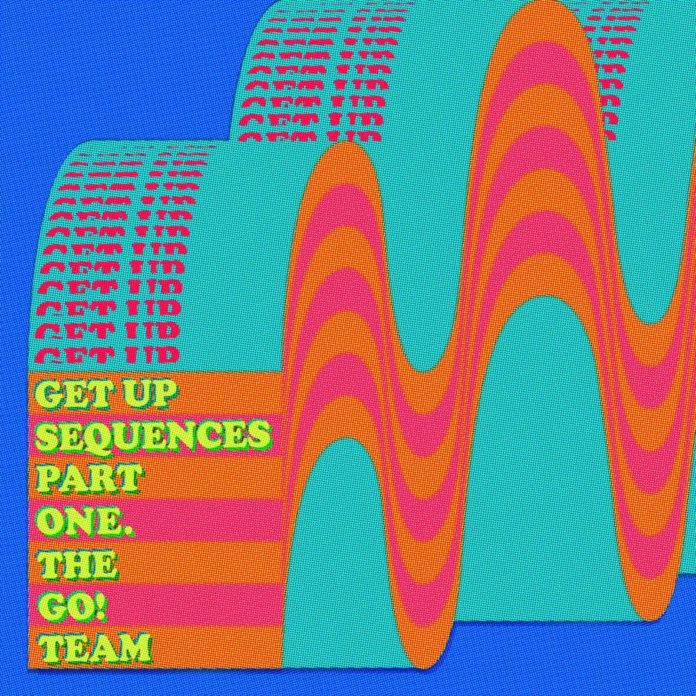 The Go! Team has always had a knack for embracing 1970s and 1980s nostalgia without a hint of mockery or irony. It’s part of what has given their discography — including the highlights Thunder, Lightning, Strike and Rolling Blackouts — a particular kind of endurance. The latest album from the Ian Parton-headed project, Get Up Sequences Part One, is no different. These 10 songs, though at times more streamlined than most of their previous projects, never lack in enthusiasm. The opening track ‘Let the Seasons Work’ feels like an overture that hits on several of the band’s trademark musical devices — shiny horn lines, rolling percussion, laser-shooting electronic sounds. “Stay right here/ ‘Cause it’s coming/ ‘Round again,” Ninja declares as if she’s singing not only of the seasons but of the band itself.

And around again they’ve come. ‘A Memo for Maceo’, despite starting with a winding rush of noise, quickly pivots into a sunny urgent instrumental featuring grooving rhythms and Parton’s playful harmonica. The single ‘Pow’ turns to another time-tested formula: Ninja rapping verses over a catchy hook that are broken up by hard-hitting drumlines. ‘A Bee Without Its Sting’, which features Detroit vocalist Jessie Miller, is among the album’s brightest songs despite its exploration of the darker dynamics of power (“We’ll keep trying to take it away/ After all, it’s all wе can do”).

The album also contains more sparse and straightforward moments. ‘Cookie Scene’ relies on little more than a bouncing recorder melody and some percussion. Though a fun song — one that listeners could imagine playing hopscotch to — it sounds like a stripped-down version of ‘A Bee Without Its Sting’ (the song still succeeds thanks to Indigo Yaj’s unyielding delivery). Instrumental ‘Tame the Great Plains’, despite its rallying horn lines, never evolves across its three-minute runtime: it’s a song that could be trimmed a minute and be just as effective. That it’s also the album’s penultimate track makes its placement all the more puzzling.

Yet The Go! Team still throws in some twists throughout Get Up Sequences Part One. ‘Freedom Now’ is the most sonically experimental on the album; the song trades in hook-laden melodies for a whirlwind of percussion and teasing vocal samples. The band also doesn’t spare on its trademark blend of go-lucky aesthetics with lyrical depth or emotion. ‘We Do It But Never Know Why’ captures a fresh relationship at a crossroads: “Just let me know/ Say the word and we’ll never be lonely,” Ninja sings, her delivery free of pressure or sadness. The album ends with the thumping ‘World Remember Me Now’, a title that would be too on-the-nose if not for the existential weight of its lyrics. “Flip the calendar and pop the toast/ World remеmber me now,” Ninja sings alongside a parade of steel drums and brass lines that echo her melodies.

In the time between 2018’s Semicircle and this record, Parton suffered severe hearing loss and the loss of his father. These are significant and devastating events, which makes the arrival of Get Up Sequences Part One all the more special: at just over a half-hour, the album packs enough fun to make for an enjoyable listen. Six albums and counting, The Go! Team’s endurance has yet to falter.

Album Review: The Go! Team, 'Get Up Sequences Part One'The Go! Team has always had a knack for embracing 1970s and 1980s nostalgia without a hint of mockery or irony. It’s part of what has given their discography — including the highlights Thunder, Lightning, Strike and Rolling Blackouts — a particular kind of...