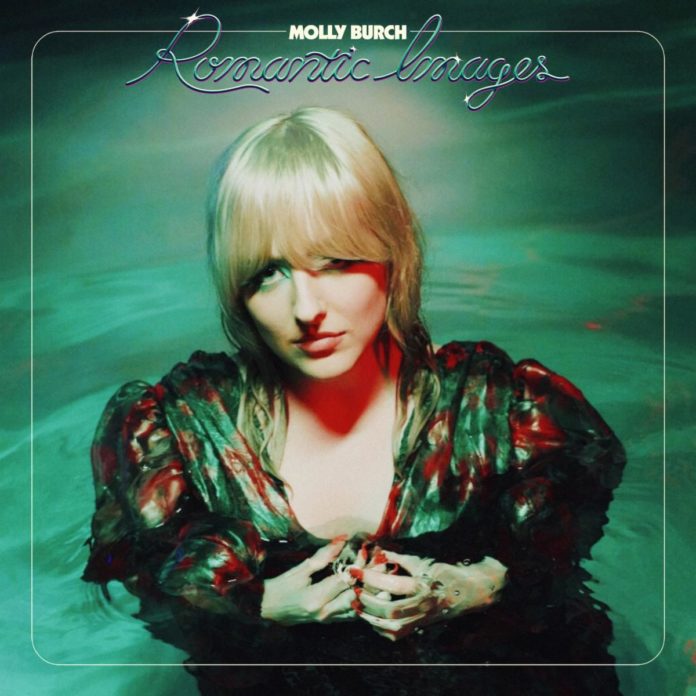 “Everything I knew about love I learned from watching movies,” Molly Burch sings in ‘Games’, the second song on her new album Romantic Images, and that line is its central statement. Burch, like so many other women, grew up under the intoxicating spell of romantic movies, believing truly that Prince Charming was out there waiting for them; what happens, then, when this turns out to be far from true? This is the question at the heart of Romantic Images, a thoughtful album of reflection and change.

Burch consciously chose to work with more women collaborators than ever before on this LP, which is buoyed by a strong sense of collective unity and vision. She sounds spurred by their feminine spirit, particularly in the album’s second half, which burns with power and positivity. Before then, there are two lovelorn tracks: ‘Heart Of Gold’ is about wanting someone you just can’t have, while the title track is seriously yearning, Burch insisting “If there’s some type of cure/ Well, I want to stay sick.”

As soon as ‘New Beginning’, the fifth song, begins, Burch sounds supremely confident and ready. “This is me trying to write you a love song,” she wryly sings on ‘Took A Minute’, imbuing the atmosphere with a delightful lightness, while ‘Honeymoon Phase’ discusses her wish to remain in the warmth and comfort of the honeymoon period. “I wanna try harder/ To love myself like I would another,” she ponders on the contemplative closing track ‘Back In Time’, emphasising her journey to self-love and self-discovery.

Romantic Images is also a wonderful pop record. From the first exhilarating piercing piano notes of ‘Control’, this sonic evolution suits her well. ‘Took A Minute’ is pure campy fun electro-pop, swiftly followed by the standout track ‘Emotion’ (featuring Captured Tracks rostermates Wild Nothing); both are clearly indebted to the carefree disco of pop icons Kylie and Madonna. Burch’s vocals remain sublime, whether they’re smoky and crooning in ‘Heart Of Gold’ or light as a cloud in ‘Control’.

Burch turned 30 last year and wrote most of these songs in the months leading up to that birthday milestone; little wonder it’s such a self-reflective work. It’s also liberating for both her and the listener to imagine what’s set to unfold in this decade as she possibly moves further into pure pop territory. If Romantic Images is about finding confidence in your true self, perhaps that also goes for music too.

Album Review: Molly Burch, 'Romantic Images'“Everything I knew about love I learned from watching movies,” Molly Burch sings in ‘Games’, the second song on her new album Romantic Images, and that line is its central statement. Burch, like so many other women, grew up under the intoxicating spell of...