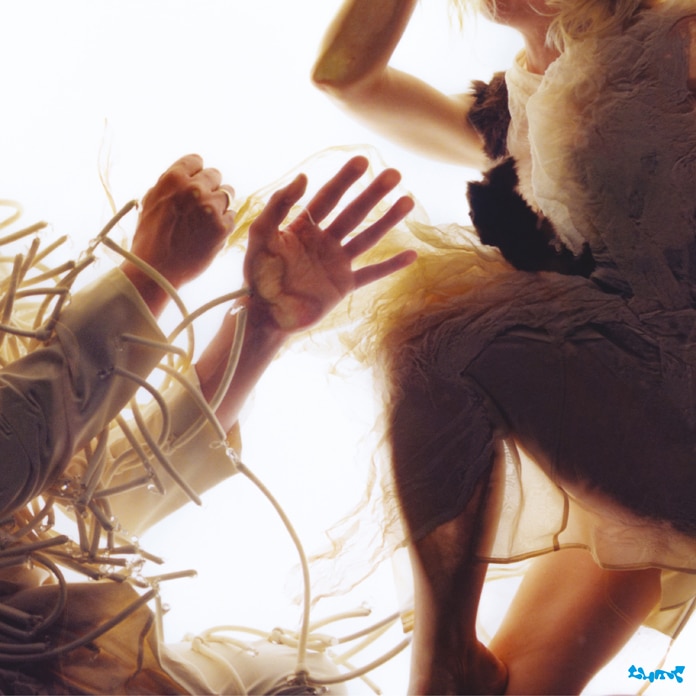 There’s something about LUMP’s 2018 self-titled debut that could only be described as “uncanny”. Submerged in the electronic swamp of Mike Lindsay’s production, Laura Marling’s versatile voice invoked a sense of strange familiarity; self-aware yet empathetic, her lyrics seemed to detach themselves from the outside world while actively peering through it. What was once billed as a one-off project has now returned with its second LP, which finds the pair diving headfirst into the uncanny valley. As with their first album, Animal’s most intriguing moment arrives on the final track, when Marling lists off the album credits – this time ending, rather than beginning, with the declarative “LUMP is a product,” which repeats like the final image of a recurring dream, or the first words you jot down half-awake in an attempt to capture it.

It’s a statement that carries a similar weight, but whose significance varies in the context of the new album. While LUMP was inspired by surrealism and the absurdist poetry of Edward Lear and Ivor Cutler, Animal approaches questions of the self, art, and desire through the lens of psychoanalysis. The general tone of the record, at times cold and clinical, deftly mirrors this intellectual shift, with Marling’s withdrawn vocals floating above Lindsay’s taut, simmering grooves. But what animates this dynamic is that both forces are only an odd step away from disintegrating into a more fluid structure and entering the realm of the unconscious, as they do on the title track, prompted by the question, “Do you remember?” Marling has said recording with LUMP is like “putting on a superhero costume,” and on the serpentine ‘Paradise’, she seems to assume the role of the analyst: “A child in you lives because/ It’s something you feel/ Unbearable though it seems/ This is the shape of dreams/ Bent to a wheel.” Yet her delivery is all too human, imbuing the song with a warm melancholy.

Animal was recorded while Marling was also working on her seventh studio album, Song for Our Daughter, and reuniting with Lindsay was a chance for the singer-songwriter to not only escape her own persona but also experiment with free-associative writing. These songs aren’t necessarily meant to make sense, but at times there seems to be such a gap between Marling’s original thought process and the final, well, product, that tracks like ‘Gamma Ray’ and ‘Climb Every Wall’ fail to resonate on a narrative level. Musically, though, both are fine examples of the duo’s remarkable chemistry: the ghostly echo that underpins Marling’s lead vocal on ‘Climb Every Wall’ subtly transforms the whole song, while Lindsay’s instrumentation opens up beautifully to the melody of the chorus on ‘Gamma Ray’.

It’s this feeling of openness that shines on the album’s most striking moments, where Marling’s poetry combines the abstract and the personal. The language on opener ‘Bloom At Night’ remains ambiguous, but when the track hits its magnificent peak – “Those who find themselves acclaimed/ Go to God to get renamed/ It took one god seven days to go insane” – it suggests a profound conflict at the heart of the album, one it both explores and steps away from. The pensive piano ballad ‘Red Snakes’ contains some of Marling’s most evocative lyrics; standing “in a pool full of red snakes,” she longs for the distant past: “At the mount of ancient song/ Where you grieve for what is gone/ A thousand hands, countless plans/ And youth,” she sings, the final word fading out slowly. The song is rife with symbolic imagery, but its power lies in pure emotion.

Animal leaves you with the sense that LUMP is in constant conversation with itself as an entity, and it’s true that it revisits more than builds on the themes of its predecessor. But the natural interplay between the two artists makes that dialogue feel nuanced and, at the very least, interesting. The album may lack the hypnotic energy of, say, Hildegard, the recent collaborative project of electronic artist Ouri and singer-songwriter Helena Deland, or even LUMP’s own previous effort, but there’s also a level of playfulness here that can’t be overlooked, which leads to such infectious highlights as ‘We Cannot Resist’. Once again, LUMP have taken a familiar shape and twisted it into something beguiling.

Album Review: LUMP, 'Animal'There’s something about LUMP’s 2018 self-titled debut that could only be described as “uncanny”. Submerged in the electronic swamp of Mike Lindsay’s production, Laura Marling’s versatile voice invoked a sense of strange familiarity; self-aware yet empathetic, her lyrics seemed to detach themselves from the...