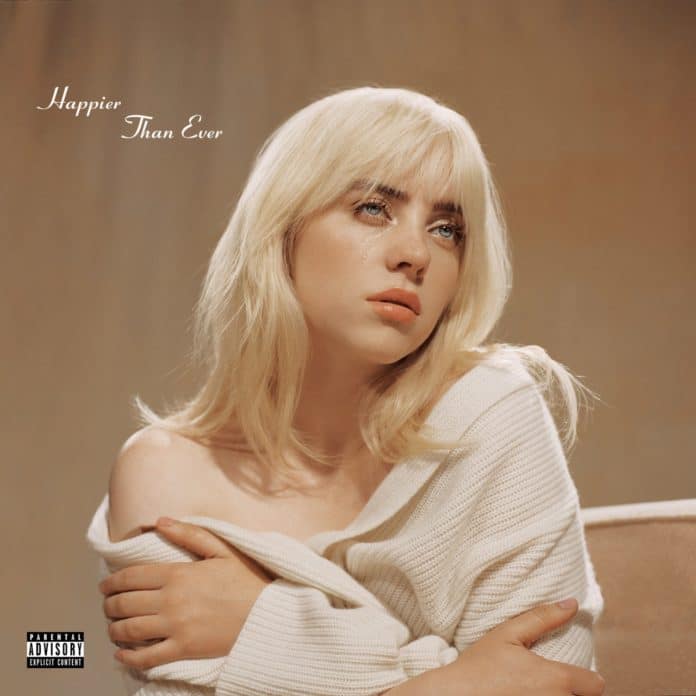 In 2019, the same year that Billie Eilish leapt into stardom, another Gen Z artist who rose out of the SoundCloud bedroom pop scene delivered her own fully realized debut. Clairo’s Immunity and Eilish’s When We All Fall Asleep, Where Do We Go? were released just months apart from each other, and though the first leaned more on indie pop where the latter twisted the sounds of trap, hip-hop, and EDM, they both displayed a similar candidness about issues surrounding mental health and depression. Despite often being lumped in the same category of sensitive young artists, their trajectories ended up being vastly different but not entirely divergent. Between earning more Grammys than she seemed equipped to handle and having her every move scrutinized, Eilish would see the world she had created on her debut expand far beyond her grasp.

Unlike Clairo, who stepped away from the spotlight and didn’t release new music for almost two years, Eilish offered an intimate look into her emotional journey through a series of singles going back to 2019’s ‘everything i wanted’ – which brought her yet another Grammy – and the deeply personal documentary Billie Eilish: The World’s a Little Blurry. Rather than feed the hype machine, each release was a conscious attempt to expose the trappings of celebrity and trace a path to her own happiness when the idea of success had lost all meaning. Still, it did little to change the public’s perception: “When I retell a story, I make everything sound worse,” she sings on the opening track of her new album, Happier Than Ever, before realizing she’ll be faced with ignorance not just when she is being honest, but even when she’s not.

She refuses to alter her course; if anything, honesty is the one thing that keeps her grounded. “I’ve had some trauma, did things I didn’t wanna/ Was too afraid to tell ya, but now, I think it’s time,” she affirms at the end of the song, which is called ‘Getting Older’, effectively setting the stage for the rest of the album. The sentiment of the chorus – in which the future is disconcertingly uncertain and getting bored of what was once a dream is a real possibility – isn’t too far removed from the insecurities Clairo relayed on her own sophomore album, Sling, released earlier this month. If ‘Your Power’ was the only advance single from the album rather than one of five – as was the case with Clairo’s ‘Blouse’ – it might have been impossible not to compare the two release cycles. Not only do both artists confront past abusers while navigating their place in a music industry that objectifies them, they do so by ditching the alt-pop stylings of their respective debuts in favour of a more intimate and organic folk sound. And though Eilish’s palette on Happier Than Ever is more varied, they both seem eager to retreat into the sounds of an era they couldn’t have experienced first hand – Clairo looked to ‘70s singer-songwriter music, while Eilish, now 19, drew inspiration from jazz singers like Julie London, Frank Sinatra, and Peggy Lee.

The effect is similar: In the absence of inescapable hooks and bold production choices, Eilish’s restraint forces you to pay closer attention. Slower tempos allow the songs to breathe and move more freely, and Eilish’s voice is less often buried in a thick low-end or run through a filter, resulting in a different kind of intimacy. If When We All Fall Asleep masterfully channeled adolescent anxiety into a nightmarish pop album, the new LP gives the external impression of a dream while being rooted in the realities of fame. Eilish doesn’t flirt with fantasies of the past or the future so much as she explores the ways they haunt the present, her growing sense of responsibility reverberating through tracks like ‘Getting Older’, ‘Not My Responsibility’, and ‘Everybody Dies’. As she figures out her best course of action – or rather, reaction – her tone ranges from confrontational (‘Therefore I Am’) to darkly humorous (‘NDA’) to hopeful (‘my future’) – and when it does latch onto a sense of optimism, it’s neither corny nor ironic, but painfully earnest.

Relative to Sling, Happier Than Ever covers a lot more sonic territory, but it’s still a more cohesive album than When We All Fall Asleep. At its most exciting, it sounds less like a stylistic pivot than a maturation of the qualities that marked her debut, from the dark rush of ‘Oxycotin’ to the pulsating ‘NDA’ and the infectious energy of ‘Therefore I Am’. Just as Eilish’s voice and songwriting are given the space to shine, her brother and primary collaborator Finneas hones in on his ability to not only capture a mood but allow it to spread out in different directions. The climactic title track, teased as a simple acoustic cut, erupts into a moment of cathartic anger elevated by distorted guitars and soaring drums: “I don’t relate to you, no/ ‘Cause I’d never treat me this shitty!/ You made me hate this city!” Without it, the whole thing might have felt too flat.

Indeed, some of the album’s quieter moments, like ‘Everybody Dies’ and ‘Halley’s Comet’, are subdued but lacking in nuance, interesting but half-baked. A notable exception is the final track, ‘Male Fantasy’, the kind of plaintive acoustic song you could now imagine Clairo singing backing vocals on, and that the ‘i love you’ singer can no doubt do wonders with. In the past, Finneas would often join her in this type of song, but here it’s all just her. What begins as an attempt to “distract myself with pornography” becomes a critique of the titular theme, and finally, an opportunity for self-reflection: “It’s all I think about when I’m behind the wheel/ I worry this is how I’m always gonna feel/ But nothing lasts, I know the deal,” she sings with devastating resolve. Talking to herself, with the rest of the world seemingly shut out, she sounds like no one else.