The World is a Beautiful Place & I am No Longer Afraid to Die have announced their fourth studio album. Illusory Walls, the follow-up to 2017’s Always Foreign, arrives digitally October 8 and on vinyl December 3 via Epitaph. The album takes its name from the video game Dark Souls, as does its lead single, ‘Invading the World of the Guilty as a Spirit of Vengeance’, which is out today alongside an Adam Peditto-directed music video. Check it out below and scroll down for the LP’s cover artwork and tracklist.

Illusory Walls was written and recorded remotely between Connecticut and Philadelphia and was co-produced by Chris Teti and Greg Thomas. Elaborating on the album’s title, vocalist/guitarist David F. Bello. explained that it “refers to a hidden surface that seems to prevent entry, but upon inspection is nothing more than a visual illusion.” 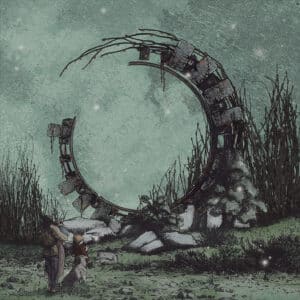 1. Afraid to Die
2. Queen Sophie for President
3. Invading the World of the Guilty as a Spirit of Vengeance
4. Blank // Drone
5. We Saw Birds through the Hole in the Ceiling
6. Died in the Prison of the Holy Office
7. Your Brain is a Rubbermaid
8. Blank // Worker
9. Trouble
10. Infinite Josh
11. Fewer Afraid