Tom Morello has released a cover of AC/DC’s ‘Highway to Hell’, featuring Bruce Springsteen and Pearl Jam’s Eddie Vedder. It’s set to appear on the Rage Against The Machine co-founder’s newly announced album, The Atlas Underground Fire, which arrives on October 15 via Mom + Pop. Listen to the cover below and scroll down for the record’s tracklist and cover art.

In addition to Bruce Springsteen and Eddie Vedder, The Atlas Underground Fire includes contributions from Bring Me the Horizon, phem, Damian Marley, Sama’ Abdulhadi, Mike Posner, Phantogram, Chris Stapleton, and more. The LP was recorded at Morello’s home studio in Los Angeles. “During lockdown I had no access to an engineer so I had to record all of the guitar parts on the voice memo of my phone,” he explained. “This seemed like an outrageous idea but it led to a freedom in creativity in that I could not overthink any of the guitar parts and just had to trust my instincts.”

Morello added: “This record was a life raft in a difficult time that allowed me to find new ways of creating new global artistic connections that helped transform a time of fear and anxiety into one of musical expression and rocking jams.”

In 2018, Morello released the album The Atlas Underground. 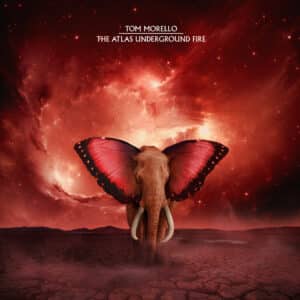