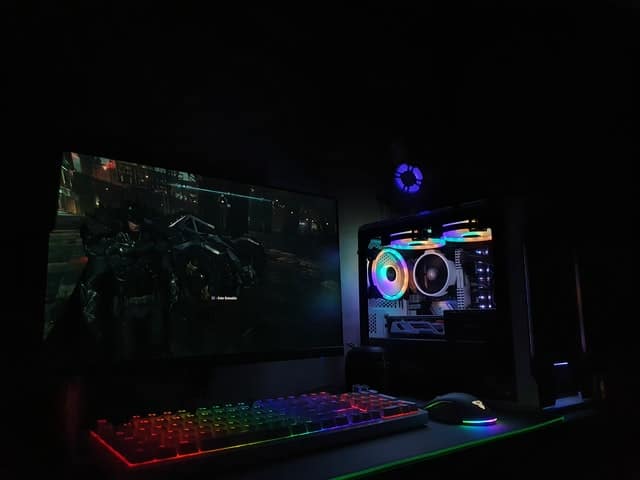 Absolutely! That is, if you want to look at it on paper. PC gaming will always have the potential to give you a better gaming experience than a console ever could. However, this is far more nuanced than it may first seem to be.

The fact is, everyone’s lives are different. For one person, all they want to do is play a couple rounds of poker at an online casino and get on with their day. Many people aren’t what some might consider “gamers.”

Another person wants to sit back on their couch and play the latest Triple A gaming titles by themselves or with some buddies. And, there are a thousand other kinds of people that play games in different ways.

This leads to the ultimate point being, whether a PC is better than a console depends more on the person than on the machines themselves. This may seem to contradict what I said in the first line of this article, but that is untrue.

PC gaming will always have a greater potential than console gaming. The fact is, there is just so much more customization that you can do with a PC compared to a console.

A console is a closed proprietary system that is prebuilt by a company for the masses to simply just plug in and play right out of the box. PCs however, can be customized to whatever specs you need.

This has several distinct advantages over console gaming. That being that PCs can both (seemingly paradoxically) be far more powerful than a console, yet also far cheaper than a console.

What exactly do I mean by this? Well, think about it. A PC is simply just a Personal Computer. This means anything that is a computer is a PC. So, you can adjust how much you spend on your setup based upon your needs.

Do you only want to do some light gaming? Perhaps you mostly use your computer for taking notes in school or doing work. Well, you could spend a couple hundred bucks only on a cheaper laptop.

This means you don’t have to worry about spending a bunch of money on something that has more power than you need. This can save you possibly hundreds of dollars. With the 2 main consoles both being about $500 USD, you could absolutely build a desktop computer or buy a laptop for much cheaper.

Now, of course it won’t be as powerful, but that is my point. You can decide how much power you need, and how much you are willing to spend for that power.

And, chances are, you already need a computer for your regular life anyways! If you are a student or have a job, you probably need some sort of computer to do work on, take notes, write essays, etc.

This means that instead of spending $500 USD on a separate console, you could just put that towards getting a better computer or laptop that you would already need. This saves space, and would reduce the amount of machines you have in your house which could be a bonus for some people.

Other than power and costs, there are a lot of other great advantages to PC gaming when it comes to the actual gaming part. First and foremost, simply the amount of games you have available to you.

By a large margin, PC gaming will offer you the largest selection of games out of any option there is. With platforms such as Steam, Origin, Epic Games, and other gaming libraries, there can be a seemingly endless catalogue of games for you to pick from to purchase and play.

In addition, PC will offer you a wide variety of indie games that you would not be able to play on a console. In today’s day and age, it is seeming more and more like indie games are becoming the most popular.

Of course big Triple A titles will always hold the tops of the charts, but indie gaming is beloved by many people. It can be like a breath of fresh air, as smaller developers are willing to take risks with their games.

Indie developers I also find to seem to have more passion for the games they make. Triple A games are feeling more and more like cash grabs, rather than games meant to entertain us.

Loot boxes, DLC, in game purchases, and more of the like seem to plague Triple A titles more and more. Companies seem to be more emboldened than ever to add “for money” content to their games.

All of this is to say, PC gaming will offer you an immense assortment of games to “tickle your fancy.” No matter what kinds of games you like to play, I can assure you there will be something for everyone.

Another unrelated advantage of PC gaming is the customizability it offers you in your peripherals. You can choose whether you want a mouse and keyboard or a controller!

As someone who hates using controllers in games, I absolutely love this. A mouse and keyboard just feels so much more natural and precise to me when playing games. For me at least, a controller has always felt clunky and slow.

However, I do like that I have the option of using a controller should I choose. For certain titles, I must admit that even I prefer to play them with a controller rather than a mouse and keyboard.

So, a controller in these cases is better in my opinion. However, in other people’s opinions, they want to use a controller all the time. And, guess what? You can!

All you need is a USB, Bluetooth, or other such controllers that are compatible with your computer, and BAM! You can play with a controller on a PC just like you could on a console.

Don’t forget, a console is ultimately just a computer with a fancy UI slapped onto it, some proprietary hardware, and they call it a day.

I compared many aspects of console gaming to PC gaming in the section about PC gaming. However, there are a couple distinct advantages to a console I think is important to mention.

First are exclusives. There are many console exclusives that you simply can’t get on PC. If these are the games that you are most interested in, then it doesn’t matter how great a PC you could afford. You simply must buy a console to legally play those games.

However, if you know what you are doing, you could still get an equivalent or more powerful PC used. Despite this, I think new costs are important to talk about, as many people may not know enough about computer components to feel comfortable buying something used.

A Pre built PC of equal performance is going to be more expensive than a console if you are buying new. To many people, this will be enough to get them to pick a console over a PC.

Finally, an important downside to mention about console gaming is that you need to pay for online services. Both PlayStation and Xbox charge about $60 USD a year for their subscription service to play online. It is not a lot, but worth noting.

I think you can clearly tell from what I have written that I lean heavily towards PC gaming. It can be cheaper, more powerful, customized to your needs, and has by far the most exclusives (because of indie games) out of all of them.

However, I don’t want you to take this as me putting down anyone who plays on a console. Gaming is great no matter how you do it. I just hope I have helped inform you just a little bit more before your purchase!