Album Review: Bleachers, ‘Take the Sadness Out of Saturday Night’ 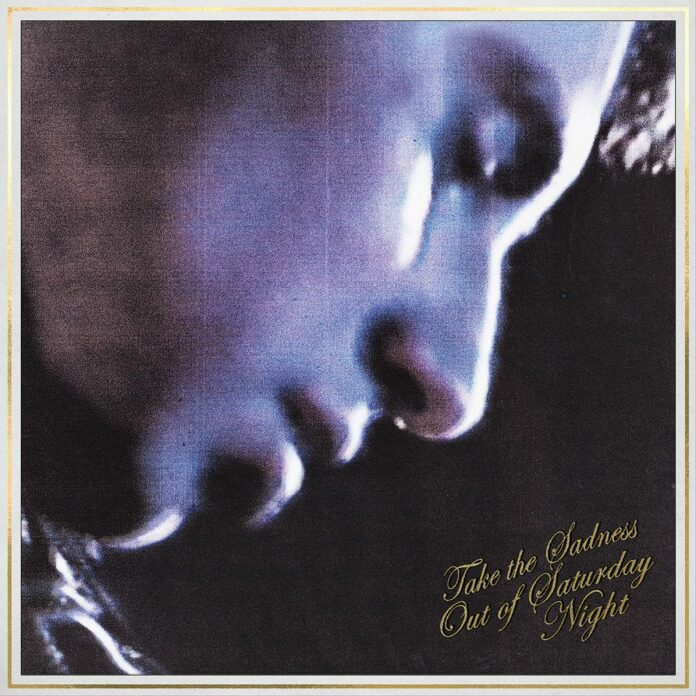 It’s hard to separate Jack Antonoff’s omnipresence in today’s pop music landscape from his own solo work. That was the case in 2017, when the producer put out his second Bleachers album, the same year that saw the release of albums he worked on by Lorde, St. Vincent, and Taylor Swift. And it sure is the case now: his latest full-length arrives halfway between Lorde’s much-anticipated follow-up to Melodrama and Clairo’s recently released sophomore album, and mere months after from St. Vincent’s Daddy’s Home – all records he co-produced in their entirety.

But removing Antonoff’s ubiquity from the equation isn’t really what it takes to enjoy his music. You don’t even have to pretend to be into ‘80s nostalgia, which seems to be the sole reason for the project’s existence even though much of the music skews closer to run-of-the-mill alt-pop than any particular decade. Instead, it makes you ask questions like: What if all this music does for me is dread the thought of a Nice Guy remix of a certain Billie Eilish hit or a watered-down Phoebe Bridgers song? What if I simply can’t relate to what this guy is trying to articulate with such genuine passion? What if I have no idea what it really means to Take the Sadness Out of Saturday Night, no matter how many times he explains it? What if I’m not from, have never even been to New Jersey?

For music with such big aspirations, Bleachers’ latest – like much of the band’s prior output – seems to chase a feeling that’s perpetually out of reach. That’s part of what makes their best songs so thrilling, but it’s also what keeps their full-length albums from being consistently rewarding. But say Saturday Night hits you at just the right moment – say it’s a certain kind of Saturday night and you suddenly know exactly what he’s singing about, or are too caught up in the moment to even care – and you’re in for a good time. Perhaps it’s less about allowing yourself to indulge in its nostalgic pleasures or ignoring the discourse than a simple matter of coincidence. And when it does click, the spectral, evocative qualities of Antonoff’s production suddenly colour your surroundings rather than serving as a monochromatic backdrop, and you’re more inclined to overlook the silliness of lyrics like “Get in my backseat, honeypie, and I’ll wear your sadness like it’s mine.”

That’s the first line on ‘chinatown’, Antonoff’s collaboration with his childhood idol and lifelong inspiration, Bruce Springsteen. It’s one of the two massive tunes on the record, the other being ‘Stop Making This Hurt’, and it just so happens that they’re also the only tracks that directly reference the album’s title. You would expect their liveliness to be the answer to that plea, but really they serve to accentuate the contrast between the atmosphere of the music and the lyrics. Because just as you’re about to join in one of those gargantuan sing-along choruses, you’re reminded that the pop maximalism so much of Antonoff’s music aspires to is really a mirage. It’s not just that the larger-than-life production belies a real sense of melancholy – there’s a constant push-and-pull between Antonoff’s musical restraint and his showy theatrics, as if he’s singing with a lump in his throat yet can’t help but scream his heart out. What the album lacks in emotional nuance it makes up for not only in earnest vulnerability but the nervous energy that pulses through it.

Occasionally, Antonoff’s tendency to hide behind big sentiments and drown the smaller ones in layers of fuzz and reverb can leave the whole project feeling weightless. But at least Saturday Night, unlike previous projects, feels cohesive in its messiness. His trademark style is no longer anchored in a certain sound as much as the vague emotionality that binds everything together. And though ‘Stop Making This Hurt’ is the only moment that allows for catharsis – ‘Chinatown’ swallows it – there’s more substance in the album’s stripped-back arrangements, which are paired with lo-fi production at once fittingly intimate and concealing. ‘91’, co-written and with author Zadie Smith and co-produced by Annie Clark, manages to turn disparate feelings of dissociation into an immersive opener. His reflections on coming of age on the acoustic ‘45’ are just as poignant: “I’m torn exactly into two pieces/ One who wants you and one who’s gone dark.” The whole album is framed as a battle between those two forces – darkness and the desire to get out of it – but they slowly blend into one.

When it’s not underwhelming, the best word you could use to describe the album’s most resonant moments is “strange” – the same word he uses on highlight ‘Strange Behaviour’. Because this is when Antonoff turns his focus on his own penchant for romanticism, and the whole thing feels like a shadow of itself: “What you thought was faith/ That was hollow,” a girl tells him. On the next and final track, he wonders what to do with all of it. “I don’t have God. I don’t have a sureness about certain things in my personal life that I wish I did,” Antonoff explained. “But for some reason I’m spilling over with faith, and I don’t even know where to put it.” If there’s a hollowness to Saturday Night, it’s because it can’t possibly contain all this feeling, not even at its most euphoric. It’s the haunting kind. Like living in a dream you can’t escape, it takes a while before you realize you’ve been here before, and just like him, you can’t leave.

Album Review: Bleachers, 'Take the Sadness Out of Saturday Night'It’s hard to separate Jack Antonoff’s omnipresence in today’s pop music landscape from his own solo work. That was the case in 2017, when the producer put out his second Bleachers album, the same year that saw the release of albums he worked on...