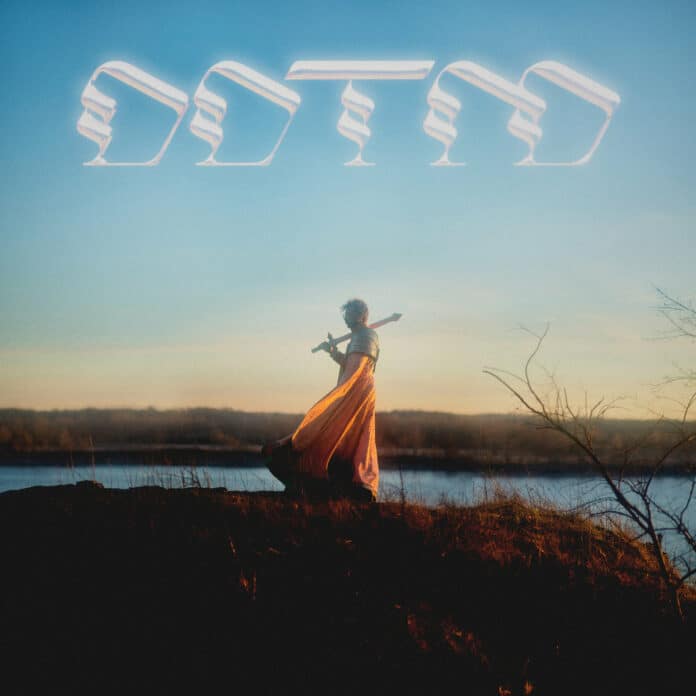 “It can’t get much worse than this,” Conor Murphy croons on ‘At Least We Found the Floor’, an acoustic highlight off Foxing’s new album, Draw Down the Moon. The record takes its name from Margot Adler’s book about contemporary Paganism, but you don’t need to be interested in spirituality, relate to Murphy’s past reflections on Catholicism, or have played Dungeons & Dragons a single time to enjoy what the band has to offer on their latest LP, whose rollout included encouraging fans to partake in a series of online rituals. You don’t even need to be acquainted with emo’s complicated history or know that much about the band’s unique trajectory to get some of the metacommentary on the album, though digging through Foxing’s discography – from their celebrated 2013 debut The Albatross to their phenomenal 2018 LP Nearer My God – will only enhance the experience. When both the musical arrangements and the lyrical sentiments are as strikingly immediate as they are resonant, it feels like you’ve come across something that simultaneously exists in its own universe yet feels connected to everything that came before it.

For an album featuring 10 variations on the theme of “cosmic significance,” it’s remarkable that Draw Down the Moon never veers into conceptual vagueness or self-indulgence. As a whole, it’s less of a stylistic shift than a refinement of the qualities that arguably made Nearer My God their most accessible effort to date; by toning down some of the chaotic density of that record and delivering one stadium-sized hook after another, they’ve managed to make its populist framing feel convoluted by comparison. But the new album is still a sprawling, ambitious collection of songs, one whose genre-eschewing boldness is always in service to something bigger than artistic validation and whose infectiousness is more than just a bid for mainstream success. Foxing seem all too aware that these metrics have little bearing in today’s music economy for them to care about anything other than their own creative instincts.

And once again, those instincts help them reach thrilling heights. Produced by the band’s guitarist Eric Hudson and completed with John Congleton and Manchester Orchestra’s Andy Hull, the album’s soaring melodies, indie disco grooves, and manic breakdowns come together to provide a vessel for Murphy’s existential concerns. Rather than belying its own complexity, the album’s reliance on the repetition of pop aligns with the inescapable nature of Murphy’s thoughts, addressing, through different lenses, the same desperate need for connection in the face of the vastness of the cosmos. Even the songs that felt baffling as singles shine through in the context of the album: on the danceable ‘Where the Lightning Strikes Twice’, Murphy sings, “With everything we gave it/ It’s hard not to be devastated,” but the track keeps chugging along, propelled by a sense of electrifying ambition. ‘Beacons’ is an equally driving piece of synth-rock that begins by suggesting the other side of that coin (“I was floating there for so long/ King of nothing”) before hitting with the force of a euphoric revelation: “For the first time I felt alive/I thought I couldn’t move my feet/ But I’m running with you now, we’re a stampede.” Murphy’s voice is impassioned and raw, as if energized by the song’s forward momentum.

In reality, the album feels more like a downward spiral. “If you should fall, I’ll follow behind/ We’ll go down there together,” Murphy sings on the Passion Pit-esque ‘Go Down Together’, one of many attempts to soften the weight of emptiness by finding strength in unity. Throughout the album, “down” remains an undefined place as well as the only direction, but it doesn’t matter so long as you’re running with someone. ‘Bialystok’ – named after the largest city in Poland and apparently the farthest the band has been from their home of St. Louis – meanders for the first minute or so before Murphy is struck by the realization that “Without you, I feel so homesick everywhere I go,” any hint of melancholy quickly overshadowed by the love that fills the “fiery core of why.” It’s the wonderful detail Murphy includes halfway through that colours the whole song: “I was just thinking about arguing in the kitchen/ Just to be the one that you argue with/ Is a miracle in itself/ Sacred insignificance/ Steeped in cosmic bliss.”

Given all this, one might be slightly taken aback by the cynical tone of ‘At Least We Found the Floor’ – have the band really done everything in their power to capture the lowest of lows, or do they keep swerving away? But even at its most direct and optimistic, Murphy’s unhinged performances are enough to suggest that everything could fall apart at any moment. Besides, there’s something refreshing about the band’s attempt at turning emo’s nihilistic tendencies into a source of not just catharsis, but comfort. ‘At Least We Found the Floor’ calls back to the album’s magnificent opening track, ‘737’, but instead of building to an explosive climax, it retains a quiet composure, even with the acceptance that, yeah, it actually can get a hell of a lot worse. As far as the music goes, at least, it can only get so much better than this – though as always with Foxing, you never really know what might come next.

Album Review: Foxing, 'Draw Down The Moon'“It can’t get much worse than this,” Conor Murphy croons on ‘At Least We Found the Floor’, an acoustic highlight off Foxing’s new album, Draw Down the Moon. The record takes its name from Margot Adler's book about contemporary Paganism, but you don’t need...