A Beginner’s Guide To Music In LA 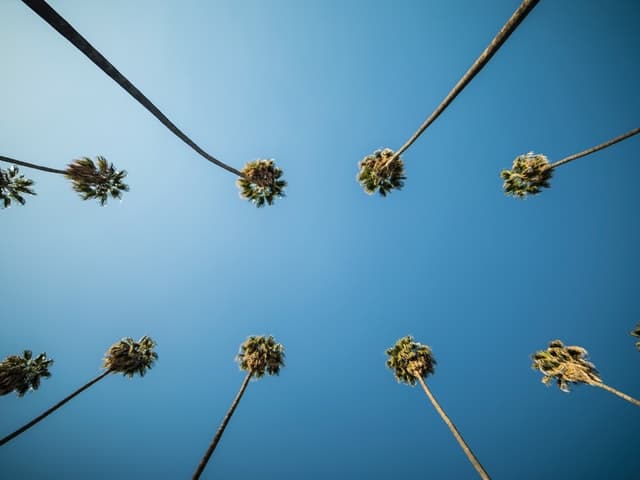 LA may be best known around the world for its Hollywood glitz and glamour or exciting film studios, but Los Angeles is also a central music-industry hub and is one of the best places in the country to live or visit for its outstanding music scene. From the iconic Capital Records and the Legendary Sunset Strip to the Hollywood Bowl, LA has a multitude of venues to enjoy. Music lovers can explore not only the history of the music scene but witness venues showcasing emerging artists that are bound to make a splash.

The LA music scene has a vast history as the birthplace for many phenomenal artists, often attributed to the city’s diverse population and beautiful backdrop. As jazz grew in popularity across the U.S., Los Angeles welcomed in a flourishing African American music scene in the 1920s, and LA soon became a hub for music of all genres, containing many of the Rock ‘N’ Roll landmarks. Songs written about this fantastic city are known all around the world, and if you want to know more about the exciting history of the LA music scene, check out ‘A Music Lover’s Guide to the City of Angels’ tfrom Pirate.

Capitol Studios first opened its doors over 60 years ago, celebrating its 60th anniversary in 2016, and began its business with Frank Sinatra, recording his iconic album Frank Sinatra Conducts Tone Poem of Color. The studio has hosted a number of recording sessions for renowned acts such as Paul McCartney, the Goo Goo Dolls, and Green Day, and is where several soundtracks and hit albums have been mixed. The Capitol Records Building is also the site where the orchestra for the Academy Awards rehearses and records.

The Capitol Records building is still a functioning and busy studio, with many of its current acts recording performances on the roof of the iconic tower. Unfortunately, guests are not able to tour the building except for the occasional ticketed event. However, tourists can take photographs in front of this impressive, historic tower and the mural: Richard Wyatt Jr’s Hollywood Jazz.

The Sunset Strip is famed for its colorful rock ‘n’ roll history. Although the strip is not as wild or gritty as it used to be, you can still find a thriving music scene here. Stroll along the strip, witnessing the looming billboards and explore the live music clubs where rock legends were made. Situated along Sunset Boulevard, the mile and a half strip became a frequent haunt for musicians in the 1960s. Clubs like Whisky a Go Go and The Roxy, which are still around today, saw artists like Jim Morrison, David Bowie, and Jimmy Page frequent their establishments and stages on a regular basis.

The Sunset Strip was the birthplace of several glam-metal artists in the 1980s, with Mötley Crüe and Guns N’ Roses among but a few of the acts still popular today. Many of the clubs famous for their phenomenal acts are but memories, such as the 1970s hotspot Rodney Birgenheimer’s English Disco, but that doesn’t mean that guests today can’t relive the glory days of this famous strip of clubs and venues. There may be less debauchery on the strip today, but that doesn’t make it any less fun or exciting to see the live music offered at many venues such as The Troubadour or Viper Room. Get a drink at the popular hangout for many music legends, the Rainbow Bar and Grill, which Alice Cooper, John Lennon, and Lemmy of Motörhead fame frequented often.

Hollywood’s Walk of Fame is a must-see attraction for every visitor to Los Angeles. Many distinguished musicians have been honored on this famous stretch of sidewalk, including Louis Armstrong, the Backstreet Boys, Christina Aguilera, but there is a special section outside of the Guitar Centre on Sunset Boulevard that is reserved for rock musicians. The Guitar Center RockWalk was established in 1985, and here you’ll find the handprints of famous rock legends such as The Cure, ZZ Top, Van Halen, and Nancy Wilson. One of the most popular stars is that of Iron Maiden, as it includes a skeletal handprint alongside the band’s handprints that is meant to belong to band mascot Eddie.

When taking a tour of the vibrant LA music scene, there’s no better place to find music-themed souvenirs than at Amoeba Music. As one of the largest record stores in the world, Amoeba Music boasts two floors packed with vinyl records, CDs, DVDs, art, games, apparel, posters, and more. Many take a day to explore the treasure trove of goodies houses in the Hollywood store, and you could even catch a live show while you’re there. Amoeba Music host many free live shows, and the famous 2007 EP Amoeba’s Secrets from Paul McCartney was recorded here during an unannounced live performance. When the company announced that the iconic store was relocating from its current space at 6400 Sunset Boulevard, many fans were worried, but Amoeba Music confirmed that the new store would stay in the vicinity of its famous location.

A tour of the LA music scene would be incomplete without a visit to the illustrious Hollywood Bowl. This famed amphitheater opened in 1922 and is a veritable LA landmark that oozes in history, the detail of which can be explored in many wonderful exhibits housed in the free museums around LA. Boasting acts from genres such as pop to rock, and even the LA Philharmonic, artists such as Tony Bennets, Lady Gaga, Nine Inch Nails, The Beatles, and Genesis have been gracing the stage at the Hollywood Bowl for decades.

Opening in 2008, this innovative museum is the home to a host of ephemera and exhibits relating to the history of music, how it’s made, and the history of the Grammy Awards. The Grammy Museum draws many tourists and locals because of the iconic music artifacts that can be seen in its exhibits, including Dolly Parton’s elaborate rhinestone-adorned costumes. Many of the exhibits are interactive and aimed towards inspiring the museum’s guests to learn about the recording process and the different music genres. You can often find rotating exhibits focused on acclaimed artists such as Michael Jackson, Taylor Swift, Barbara Streisand, Roy Orbison, and, of course, Elvis Presley. Exhibits are not the only thing that can be found at this prestigious museum, as they often host lectures and hold other events in the 200 seat Clive Davis theatre.