Casino Movies that You May Not Have Heard Of 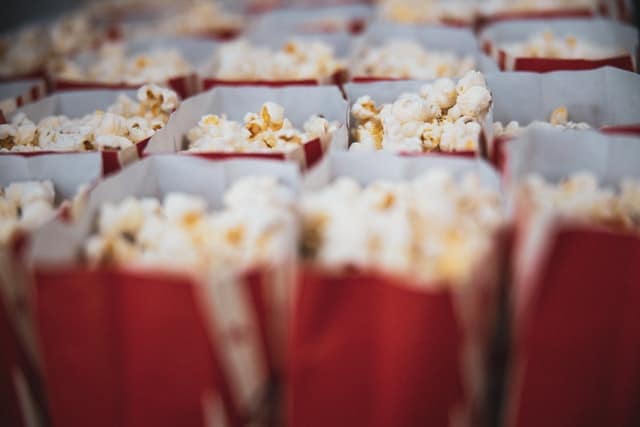 Movies based on casinos and gambling have been around since the advent of cinema. It’s one of those genres that makes good viewing from multiple perspectives. Most film buffs can probably name a dozen top-rated gambling movies, such as Casino, 21, Rounders and The Gambler. However, there are a few hidden gems that you may not have heard of.

While many gambling movies have a dark and gritty edge, Let It Ride breaks the mold. This 1989 American comedy, starring Richard Dreyfuss, is centered around a regular gambler who typically loses. However, on this particular day, he wins every bet he makes. If you’ve had a bad day at the bookies, Let It Ride will give you the feel-good factor again. What to know more? Click here to read this Let It Ride movie review.

California Split is one gambling movie that you should have already watched but probably haven’t. It stars the magnificent George Segal and Elliot Gould as two gamblers that become friends. Segal’s character, Bill Denny, starts out as a part-time gambler, but he gradually gets hooked on the gambling lifestyle after befriending Charlie Waters, played by Gould.

After falling into debt with his bookie, Bill sells his possessions and the pair head to Reno to play poker, roulette and blackjack. Rather than spoiling the end for you, we’ll let you watch it to find out what happens next. The movie was directed by Robert Altman – a five-time Academy Awards nominee. Many critics feel that this is among his best early work.

If you’re a fan of Burt Reynolds, the chances are you’ve seen this 2008 poker-themed movie. Reynolds plays a retired player, Tommy Vinson, who takes a young up-and-comer (Alex Stillman) under his wing.

Both Vinson and Stillman have to deal with different family situations throughout the movie, but they continue their partnership with Tommy tutoring the younger player. After a bust-up one night, the pair split. Stillman goes back to his parents, and they agree to let him play in the World Poker Tour Championship. Vinson, feeling he has nothing to lose after his wife walked out on him, enters the same event. We’re sure you can see where this is heading – they both make it to the final heads-up game, but we’ll leave the climax for you to see yourself.

Bookies is a comedy thriller about three college students who start their own bookmaker (bookie) business. Immediately, the business takes off – making the friends plenty of cash. However, their newfound wealth attracts the attention of two local bookmakers with connections to the Italian mafia.

One of the students comes up with a plan to eliminate the other bookies and put them out of business. After agreeing to a bet with them, the three students put all their money on the underdog in the belief that the mafia would rig the result. But did they? Who came out on top? This is a decent film and worth a watch to discover how it all ends.

While not an out-and-out gambling movie, Eight Men Out has a strong connection to illicit bookmaking. The film, with an all-star cast, including John Cusack, Charlie Sheen, and Christopher Lloyd, is based on the real-life events of the Chicago White Sox intentionally losing baseball’s World Series in 1919.

Despite being regarded as one of the best teams of their time, the Chicago White Sox’s players were unhappy with how much the franchise owner, Charles Comiskey, was paying them. A couple of local gamblers got wind of their discontent and told them that they could make more money by losing the 1919 World Series against the Cincinnati Reds.

Although not every player agreed, the fix was on. However, several journalists soon felt something was amiss; then, the gamblers didn’t pay the money they promised to the players. Understandably, everything fell apart. In 1920, the men involved were tried and all banned from playing in the majors again.

With traces of comedy, drama, doubling-crossing and murder all combined, God of Gamblers is an action-packed Hong Kong movie featuring Chow Yun-Fat.

Chow plays Ko Chun, who is known as the God of Gamblers for his skill in winning a variety of different games. Unfortunately, after an accident, Chun loses his memory and a young gambler by the name of Little Knife takes him in. He soon learns of Chun’s remarkable gambling abilities and takes advantage of them. However, Little Knife takes pity on Chun and wants to help him restore his memory.

After another accident, Chun is back to his normal self. He has to go and play a poker game against the Demon of Gamblers Chan Kam Sing, who cheats by wearing a pair of special glasses. Chun eventually bets his entire fortune on the last hand despite knowing that his opponent is cheating. Does he have a trick up his sleeve himself?