GTA or Fallout: New Vegas: which game to choose for casino fans? 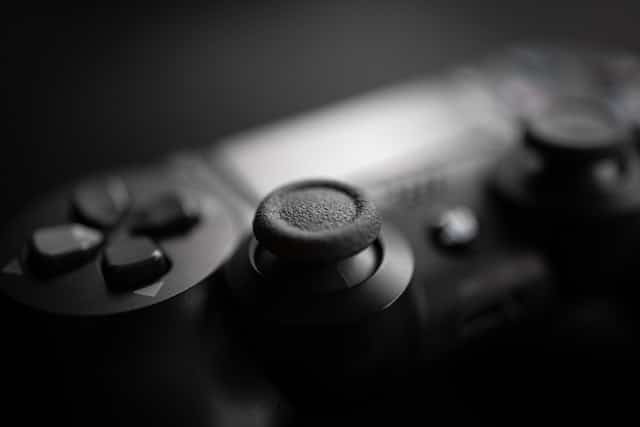 Video games are a constantly evolving industry that has gone through a long and exciting journey since the first title was published on arcade machines. On the other hand, the casino market looks for new ways to engage the audience and possibly attract more gamers than ever. Massive multiplayer titles set in open worlds with multiple scenarios are just the perfect way to make it happen. As you will see, GTA and Fallout are the best options where two spheres blend in an attractive appearance and numerous chances to combine your favorite pastimes.

Both GTA and Fallout belong to a larger series dating back to the late ‘90s and both have faithful armies. While the main premise is similar, other aspects of the two titles differ in out-turn and other aspects. Your character explores a vast universe, interacts with other people, tries to earn as much as possible, and engages in life-challenging combat scenes of more or less intensity level. As you will also see, they should obey an unwritten online casino law to get what they want.

The latest in the series and certainly the most popular one, GTA V is a constantly evolving action-adventure that takes place in the fictional open world of San Andreas. The player is free to move around the world as well as the city of Los Santos and most missions include shooting and driving. In addition to the main game, there is the multiplayer mode GTA Online which allows up to 30 players to participate in cooperative or competitive matches.

The world-famous Fallout introduces players to the world that emerged after the nuclear war. In 2077, the United States was destroyed in a general nuclear attack by China, and you are one of the few lucky or “lucky” survivors of the war tucked away in the deeply buried Vaults. Radiation, mutants, grayness, and destruction of civilization. That’s what’s left, but you have to manage as soon as possible because gangs and groups have formed very quickly, which, for the sake of easier survival, do not stop to make a stain on you on the wall. You can also consult the Vegas official game guide to learn more details.

A Little Extra Something for Casino Enthusiasts

GTA online casino savvy gamers can try their luck in both casinos and sportsbooks. The fifth iteration of the franchise introduces a new gambling establishment where you can play everything from table games to slots. The Inside Racing track is another way to take a well-earned rest from heists around the crime-infested neighborhoods of Los Santos. The first time you get there, the game will issue a blank check worth 5.000 chips, while the Cashier Services booth offers a daily dose of 1.000 chips that should satisfy even the most demanding customers.

If races are your cup of tea in Grand Theft Auto V, the sportsbook sounds like a good idea that works just like any other similar venue in the real world: pick a horse, watch the race completes, and take your winnings out. A proven tip would be to wager on the top horse, which eventually doubles the investment. Of course, no one can guarantee this outcome, so always place bets carefully. On the other hand, even a reckless punter can lose everything and still earn it back by robbing a store or bank – that’s what GTA is all about. Actually, both games for consoles favor punters.

While completing Fallout New Vegas in-game quests, you will get the most interesting task: instead of turning a regular punter into a big winner, your avatar will look for a ban from every single casino establishment in the game including Vikki and Vance Casino, Atomic Wrangler Casino, and Sierra Madre Casino & Resort. The reward system is also attractive granting Bon Vivant suite, Complimentary voucher, and The Tops High Roller Suite. The quest is complete after winning a predefined number of chips, which can be done by playing classic gambling games.

The Best Casino Game You Can Play

Arguably, The Diamond Casino & Resort version playable in GTA 5 Online opens doors of high-stake wagers replacing the original Vinewood Casino in Los Santos. This is a classy resort with an exclusive enhanced version content and VIP lounge areas, the Inside Track betting spot, and a gambling area. Punters can enjoy a multitude of gambling options including the Lucky Wheel, the Casino Store, an array of slot machines, and table games such as Three Card Poker, roulette, or blackjack.

Treated as a very important person right from the start, you can buy a $500-worth standard membership that enables all casino games including horse racing. Owners of the Master Penthouse will unlock three extras including Cleaning Service, Limousine Services, and Aircraft Concierge.

While spinning the wheel-of-fortune-like feature positioned in the center of the casinos’ lobby, there is a chance for Grand Theft Auto Casino punters to claim real money, RP, or casino chips. Bettors can also win a 10% discount for a random vehicle, a mystery prize, or a brand-new car waiting to be collected from the podium. VIPs can also take a daily bonus worth 1.000 chips, enjoy a drink, or purchase some clothes.

When it comes to slots, the game hosts a variety of themes including Diamond Miner, Fame or Shame, Deity of the Sun, Impotent Rage, Twilight Knife, Evacuator, and Republican Space Rangers. Players will enjoy betting options suitable for all experience levels as well as payouts ranging from symbolic to millionaire-making jackpots.

Built on different premises, Fallout and GTA have so many betting options that could easily distract you from main missions. The fact is GTA online hosts a more welcoming surrounding, but the other title also comes with more than an interesting idea of how to gamble and make some profit out of it. To pursue your career in video games that also cherish online casinos or at least their landline versions, we suggest you try the Red Dead Redemption video game and make money fast while completing tasks there. In any case, two worlds are closer than ever and it’s up to your ambitions whether to meet them in a historic, contemporary, or post-apocalyptic version of Vegas.