Chicago-born composer, singer, and multi-instrumentalist Ben LaMar Gay has announced a new album. Open Arms to Open Us arrives November 19 (via International Anthem/Nonesuch), and it includes the new song ‘Sometimes I Forget How Summer Looks on You’, which features vocals from Ohmme’s Sima Cunningham and Macie Stewart. Check out its music video below.

“Open Arms to Open Us deals with rhythm as an inheritance of information—sort of like DNA or RNA,” Gay said in a statement. “Coping with the present-day bombardment of data and recycled ideologies from sources essentially fed by the creed “Destroy Them. Own the Earth,” often leaves me with only one thing to look forward to: Rhythm.” 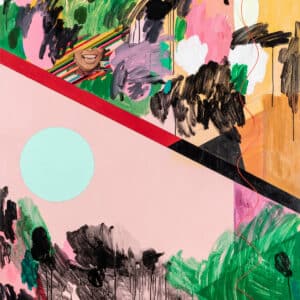 Open Arms to Open Us Tracklist: