Converge and Chelsea Wolfe have announced a new collaborative LP titled Bloodmoon: 1. The album, which is based on a series of performances at 2016’s Roadburn Festival, also features Cave In’s Stephen Brodsky and Wolfe’s bandmate Ben Chisholm. It’s out digitally November 19 via Epitaph and on vinyl June 24 via Deathwish. Today’s announcement comes with the release of a new single called ‘Blood Moon’, which is accompanied by an Emily Birds-directed video. Check it out below and scroll down for the album’s cover artwork and tracklist.

“The project stretched my vocals in new ways. It’s so different than what I normally sing over that I was able to open up and be vulnerable with my vocals,” Chelsea Wolfe said in a press release. Converge vocalist Jacob Bannon added, “Our dynamics are pushing and pulling in all different directions on this record, and I find that to be creatively rewarding.”

Converge’s last full-length album was 2017’s The Dusk In Us. 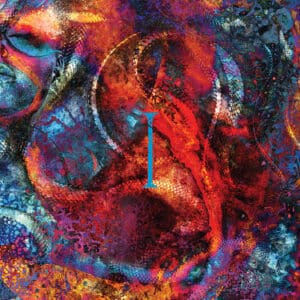