Floating Room, the musical project of Portland-based multidisciplinary artist Maya Stoner, has announced a new EP. Shima, which will follow last year’s Tired and True EP, arrives on November 12 via Famous Class Records. Today, Floating Room has shared a self-directed video for its first single, ‘Shmianchu’. Check it out below.

Of the new song and video, Stoner said in a statement:

This is a really fun music video for a song about some extremely un-fun topics. My people, the Indigenous people of so-called Okinawa, Japan, identify as Shimanchu which translates to “Island People.” Every day I watched as Asian people here in America were beaten and murdered and the silence surrounding it all was deafening. Meanwhile, in my ancestral land, Japan was and still is letting the U.S. build a military base using soil that contains the bones of my ancestors. A third of our people died brutally during the war and were an innocent civilian population caught between belligerents—“attacked by tigers at the front gate and wolves at the back” is how some Okinawans describe it. The construction of this new base is desecration of the highest magnitude, committed by both the U.S. and Japan, two equally abhorrent global empires. When I wrote this I was “left stranded alone in my rage,” as Cathy Park Hong writes. I can count the number of Shimanchu people I have met in Portland on one hand, so I have always been an island, but never in my life had I ever felt so alone. Writing this song allowed me to feel empowered in my isolation and through catharsis momentarily escape.

I had been wanting to make a DDR music video for a while because it’s a game my siblings and I loved as kids. It’s funny this ended up being the song the idea was used for, because in hindsight there’s something very Asian American about it. 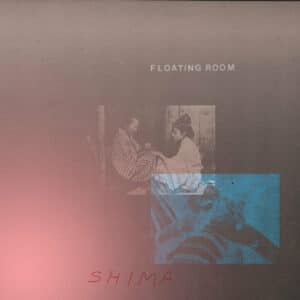