Cat Power has announced a new covers album, simply titled Covers, which will be released on January 14, 2022, via Domino. Today’s announcement comes with the release of her rendition of Frank Ocean’s ‘Bad Religion’ and The Pogues ‘A Pair Of Brown Eyes’. Chan Marshall also performed ‘Bad Religion’ on The Late Late Show With James Corden last night. Watch her performance, listen to both tracks, and check out the album’s full tracklist and cover artwork below.

According to a press release, Marshall’s rendition of ‘Bad Religion’ originated from her performing her Wanderer track ‘In Your Face’ on tour. “That song was bringing me down,” she explained. “So I started pulling out lyrics from ‘Bad Religion’ and singing those instead of getting super depressed. Performing covers is a very enjoyable way to do something that feels natural to me when it comes to making music.”

Produced entirely by Chan Marshall, Covers also includes her versions of songs by Bob Seger, Lana Del Rey, Jackson Browne, Iggy Pop, Nick Cave, The Replacements, and more, along with a new take on her own song ‘Hate’, from 2006’s The Greatest, retitled ‘Unhate’. Completing a trilogy of sorts, it follows Cat Power’s previous mostly-covers collections Jukebox (2008) and The Covers Record (2000). 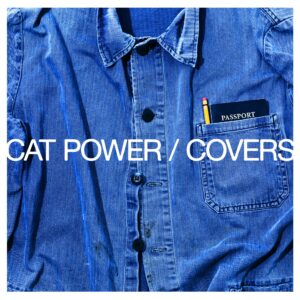