Tears for Fears, the duo of Roland Orzabal and Curt Smith, have today announced their first album in 17 years. The Tipping Point arrives February 25 via Concord, and the LP’s title track is out now. Check out its accompanying Matt Mahurin-directed video below, and scroll down for the project’s cover art and tracklist.

Of the album, which was originally set for release in 2017, Orzabal said in a statement: “Before everything went so right with this album, everything first had to go wrong. It took years, but something happens when we put our heads together. We’ve got this balance, this push-me-pull-you thing – and it works really well.”

Tears for Fears’ last album was 2004’s Everybody Loves a Happy Ending. 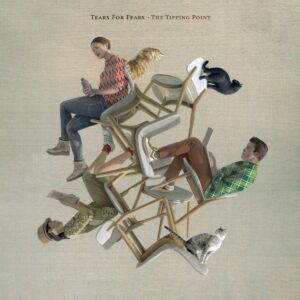